Craigslist comes under fire for lack of scrutiny of "adult" ads; a question about misuse of Section 230? 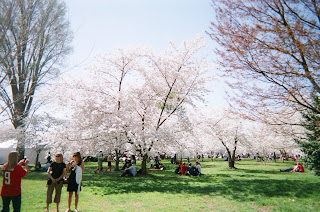 Craigslist came under scrutiny yesterday (Aug. 3) on Anderson Cooper’s 360 program on CNN as it received questions as to how carefully it screens or monitors “adult” ads for prostitution or other dangerous activities before selling and posting them.

The report made the point that Section 230 of the 1996 Telecommunications Act still protects Craigslist from liability from indirect harm resulting from the material. However, the controversy might cause Congress to take another look at Section 230 (particularly visible in sites about bloggers’ rights posted by EFF), particularly when it comes to commercial material.

In the following video, CNN’s Amber Lyon warns “don’t try this at home.” I like the metaphor with “Wall-Mart”. Craig Newmark is interviewed near Georg Washington University, where he says he contacts law enforcement if a suspicious item is detected, but the Metropolitan Police Department in Washington says it has never been contacted.

In April 2010, PC Magazine reported that this part of Craigslist’s business will generate $36 million in 2010, story by Chloe Albanesius, link here.

Craiglist, using "Web 1.0" technology, still makes enormous profits with few employees.  There was an earlier post about Craigslist Sept. 1, 2009.
Posted by Bill Boushka at 5:44 AM