Are the days of browser dominance, fed by free user content, waning? 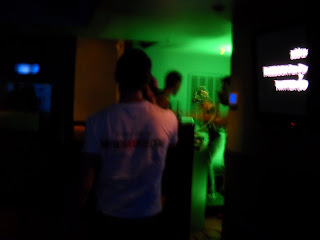 I read through Michael Hirschorn’s latest article about the future of the Internet with a degree of caution. It appears on p 76 of the July-August 2010 “The Atlantic”, “(The) Closing (of) the Digital Frontier”, with link here.  There’s a subtitle in the magazine “toc”, “How companies are taming the Internet’s chaos”, and a hint that Steve Jobs is involved.

His high concept is that the free entry (and free user generated content) model that drives the Internet is evolving itself out of prominence, even if attempts to regulate it (through, as I have speculated, insurance requirements, for example) would be “immoral” as well as maybe unconstitutional. Hirschon points out that companies have come through with a new ménage of “apps, smart phones, and pricing plans.”

That is to say, the era of dominance of content (text and video) viewed on a power PC with an Internet browser is coming to a natural end, and getting replaced by instantaneous, gratifying gadgetry. That mentality of replacing thoroughness of thought and research with playful curiosity and an inclination toward playful tinkering demands new skills, mostly held by the young, and reminds me of the way I.T. evolved out of the mainframe world.

But it’s also true that my own effort underwent a metamorphosis. I started out with the idea of inexpensive desktop publishing and print distribution in the 1990s as I edited my newsletter (GLIL’s “The Quill”) and wrote my political books. That morphed into offering free content in a structured fashion on the Web with ordinary browsing, a model that took off with late 90s technology (especially free search engines), but the concept of publication for its own sake got supplanted mid decade with social networking as we know it today.

The visitor might want to check out this piece by Michael Becker on Hypercrit, “On Michael Hirschorn and the future of daily print journalism” (January 8, 2009), link here.  Yes, I’m “doing it again.”
Posted by Bill Boushka at 5:36 AM