Webmasters should monitor the ratings their sites get as to safety 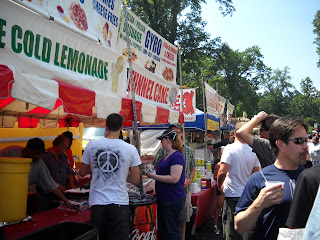 Webmasters should maintain awareness of a number of services that rate websites as to safety (likelihood of malware presence, whether intentional or not) and popularity.

Today Webroot announced that it was purchasing Bright Cloud, which has a website reputation page here.  You can try it with doaskdotell.com – I’m flattered that it is listed as popular. However my blogs (including this one) have a popularity of “not high.” The site is rated as to a number of security issues, and a map is shown given the geographical location of the ISP host. Dark green is the best color, but light green is OK (they are going green).

McAfee Site Advisor is pretty well known, showing ratings on searches (it’s euphemism for low popularity is “a few users”), as is now the (Panda) Web of Trust plug-in for Mozilla, which may be the most user friendly. (Go to “Mywot” here). “Popular” sites may be viewed by some as safer as there is more public experience with them, but looks can be deceiving.

Google itself has a safe-browsing tool with which a webmaster can check out his or her site(s), as for example here.

As a general matter, “online reputation” now incorporates Internet safety reputation of one’s work (as I have a separate blog “Bill’s Internet Safety Tips”). And the recent stories of SQL injection attacks (with fake antivirus software or scareware) on some corporate sites don’t make one rest easy.
Posted by Bill Boushka at 9:37 AM