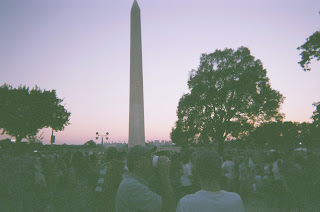 Would the president be breaking a promise if he encourages the National Security Agency and Homeland Security to develop a “Perfect Citizen” program to watch for anomalies in the power grid and in some parts of the public Internet for symptoms of a cyber attack? The need for such monitoring would increase with a “smart grid” that would use the Internet more to regulate energy consumption and expose the power grid to connection points that hackers could conceivably attack.

The government insists that it will not monitor the energy use of ordinary citizens (there used to be predictions of such even during Jimmy Carter’s administration in the late 1970s). Nor will it inspect ordinary Internet emails, blog postings, tweets, social networking or financial transactions.
Posted by Bill Boushka at 6:23 PM