Publication to friends' lists is not the same as open blogging 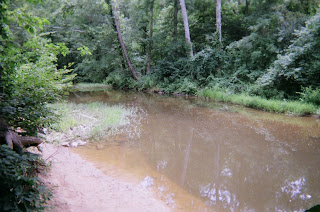 Back in the mid 1990s, when I was editor of the gay libertarian newsletter called “The Quill” (from Gays and Lesbians for Individual Liberty, GLIL, archive link ), we debated the issue of how to distribute a physical publication, and some people thought that an electronic distribution through a listserver was sufficient. That debate illustrated an issue common in the privacy debate today:

Material published just to a known subscription list tends to be more specific in nature and often more “personal” (even to the point of including PII) than material published for “everyone”. Magazines and newspapers have a mix of these paradigms, as most have paid subscribers, but also sell hardcopies to everyone. In the Internet age, that means most make some content available on line to everyone and maybe more content for paid subscribers; most sell hardcopies in public venues for everyone and offer their publications to libraries.

If you have a Facebook account and enter your Facebook account name into a search engine, a limited public profile will show up.  (Mine is here.) It will enumerate some Friends, show some favorite movies and interests, your portrait. Similar results occur with Myspace, or with professional profile sites like LinkedIn.

If you regularly publish on the web and don’t limit search engine robots, generally a lot of your “stuff” will come up, according to whatever real names, nicknames or pseudonyms you ordinarily use.

Of course this gets to the subject of online reputation and personal security that has been covered before, but it’s important to know that use of social networking sites presents slightly different, although related, risks and benefits compared to most blogging and publishing on conventional sites.

Generally, people are getting the message of social networking privacy, and tend to use some privacy controls. That means they are likely to say things of a more specific nature to “friends” than to everyone. A similar idea applies with Twitter, where most tweets are seen mainly by followers. The practical danger is similar to that of the physical world: malicious people could pose as “friends” (resulting in home security issues, as has happened already); or, more often, specific information gets repeated to non-friends and winds up circulating to employers, enemies, etc, or gets posted by third parties to other places on the Internet. Facebook’s history is particularly interesting because originally it was limited to specific campuses and had originally started in an environment where speakers were likely to encounter other readers in person on one campus.

It is possible to limit the readership of blogs and flat sites to known subscribers, but in practice most blogs and personal sites are left open to everyone, including search engine robots. Most prudent bloggers limit personal information that they disclose on public blogs and hopefully are wise to issues like defamation and copyright infringement. Blog content hopefully is more “issue driven” and less “person driven” that content made available only to friends on social networking sites.

The concept of “everyone” vs. restricted subscription lists could have implications for policies set by employers, or also for rules set by parents for household members. They could eventually become legally important, if the law moves into a direction of frowning on “gratuitous publication” by people in some situations. For example, content made known only to a known list might be less “gratuitous” (even though it has risks and even though one cannot really know hundreds of “friends” well), than publication made available to search engines, and content for which enough money is paid (either directly or through royalties) to support a family might be seen as less “gratuitous”. First amendment considerations might emphasize the distinction between an established “press” and “amateur” open speakers, and might stress more the protections for assembly and more collective redress action.
Posted by Bill Boushka at 6:12 PM