"The Problem": the Individual, the Group; Personal responsibility, compassion 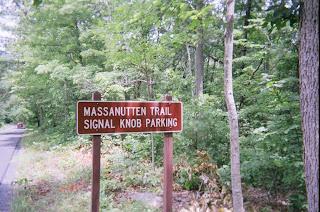 Yesterday, I introduced a posting on my “IT” blog with a metaphor comparing a “fire engine red” sports car (Mustang) showing up at the workplace off hours to the idea of a “big problem” or “The Problem.” In film about issues, you always start with a visual image of something.

More than anything else, for me, “The Problem” is the tension between my being my own person, very publicly, and my being a member of a group, and willingness to incorporate the group’s goals as my own. That “group” is often construed as “the natural family”, but then there is the idea that everyone is your neighbor. I suppose that conventional Christianity maintains that solidarity with the family unit leads to solidarity with a larger community, but that is certainly a debatable idea (however well it may have worked for the early Christians).

A corollary problem occurs because the Internet (as did other technologies before it, to a lesser extent) allows someone like me to develop my own reputation and articulate my own message, with the risk that it might be taken as a negative reflection of the family or community from which I came. In this view, someone like me should not be heard from until I’ve taken formal responsibility for other people, preferably by having and keeping a stable family of my own. This is the “privilege of being listened to” problem.

Propensity to orient oneself toward the aims of the group makes “sacrifice” more acceptable, and seems like an important adjustment to the real world view that life cannot both be always “fair” and “free” at the same time. A “family” mindset seems an essential ingredient of a sustainable and locality-driven future. At the same time, some people tend to remain more distant in interpersonal or familial matters (often choosing not to marry and to remain childless) and have the self-discipline to produce valuable output when working largely alone. This is particularly true in the arts and sciences. It’s only right, then, to consider “rules of engagement”, expectations outside those usually implemented naturally by a market economy, that set moral priorities. In recent years, the emphasis has been on owning up to the consequences of one’s own chosen acts (especially acts capable of procreation). But in earlier generations “moral responsibility” was definitely a more collective notion, having to do with shared values and goals and their perceived integrity, and demanded that everyone had some interpersonal responsibility for other generations, regardless of “choices.” Demographics and increased eldercare seem to be bringing that idea back. For someone coming from my libertarian mindset, that evolved when times were better, it’s hard to advocate the need for “rules”, but without them one is subject to the whims of others ‘perceptions. In a sense, that becomes “The Problem.”

There is something about my “view set” that disturbs some people. I turn a deaf ear to pleas to join other people’s “causes” when it seems to me that lack of individual performance contributes a lot to the plight of some identifiable people. In that sense, objectivism appeals to me, and I do tend to see the world in terms of “producers” and “second handers” as in Ayn Rand. This sounds like a lack of personal compassion, but I flip it as just a desire to see “personal responsibility” and a recognition that there must be consequences when it isn’t taken. (Those consequences can run away into dark places without compassion, however; look at history.) I don’t oppose a public policy that is in place and that I know works reasonably well. If I lived in Europe, I would not perceive European health care policies as “socialistic” just because they may appear that way ideologically to American conservatives and libertarians. I would probably accept the policy as well-established practice and no longer socially controversial.

What tends to happen is that people will approach me to adapt their causes (rather than mine, which seem so abstract), and then complain that I am hostile to or contemptuous of them when I refuse. This sort of thing happens more often in “harder times”; in better times, harmlessness does not harm. We get dragged back to the reality of owning others’ problems in a personal way. It’s particularly provocative when one has broadcast oneself on the Internet or elsewhere, demonstrating knowledge and the ability to “connect the dots” (or “keep ‘em honest”) as if for its own sake, and then shunning “relationships” suddenly demanded by others. Once one has broadcast oneself, it seems, one has lost the right to exercise “Consent.” That seems to be the real problem. 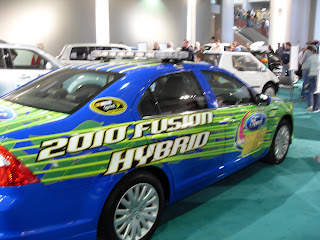 Labels: privilege of being listened to, rules of engagement