Maryland may rewrite its constitution -- will voters call a "constitutional conventional" (sic)?: Days of my Screed 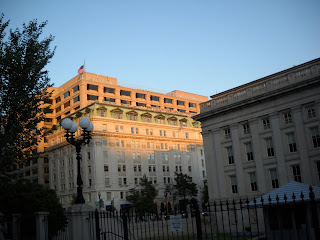 The Washington Post has a front page story on Monday July 5 on Maryland’s upcoming vote on whether to hold a state constitutional convention. The main story (accompanied online by a blog entry) is by Aaron C. Davis with link here.

Maryland’s current constitution goes back to about 1867, and has a lot of post Civil War chestnuts. And apparently Thomas Jefferson thought that a constitution needed rewriting about every twenty years. Sort of a law of the "Fifth Dominion."

The whole story is interesting to me because in my “screed book” I brought the topic up several times. The last section of my last chapter is called “A ‘constitutional’ convention”, where I took a cut at a “Bill of Rights 2” (yeah, like the Bill of Rights could become a movie franchise for some company like Warner Brothers, or maybe HBO).

But in an earlier chapter I had discussed the extreme indignation of the radical Left in the early 1970s, and the call of the Peoples Party of New Jersey back then for a “constitutional conventional” (sic). Yup, I mistyped it and that was one big catch from the proofreader. I still remember that.

At the time, in the mid and late 90s, some of the topics brought up in the “screed”, such as the effect of the draft and the get-outs with student deferments, and the relationship to today’s debate on the military gay ban and “don’t ask don’t tell” were a surprise to people. 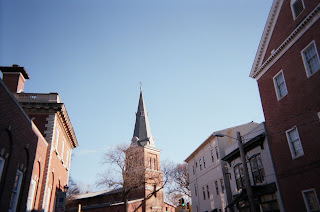