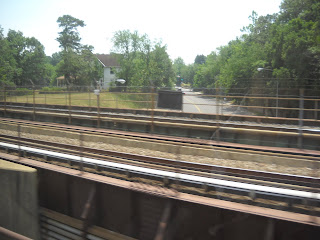 There is a result back already on the mass litigation against P2P downloaders by the US Copyright group.

Federal judge Rosemary M. Collyer said that "defendants might not have a fair opportunity to raise legal objections" and ordered USCG and other subplaintiffs such as Time Warner to come up with a scheme to notify individual defendants and give them a chance to file objections, including jurisdictional ones. The Digital Wire storyv by Mark Hefflinger is here.

Both Webroot (through Twitter) and EFF have been advising followers of the progress of the litigation.

It sounds as though USGC wanted to use the threat of mass settlements of huge amounts to force unaware defendants to settle suddenly (upon receiving phone calls) for smaller amounts. RIAA had used those tactics, of sudden telephone settlement demands (similar to calls from bill collectors but without the mini-miranda wanring).

I was a little surprised to find the "Legal News" story by IANS, "‘The Hurt Locker’ producers prepare piracy lawsuit", May 12, 2010, link here.  I am serious about starting a "campaign" to sell my own movie idea soon, but I can't imagine wanting to be part of litigation like this, even on the plaintiff's side.  Legitimate achievements in the movies and media will always pay their own way eventually.  I certainly do support rental and subscription services to make media available inexpensively and legally.
Posted by Bill Boushka at 5:36 AM