Everything in life is a two-way street: implicit content v. context, and the Sherrod affair 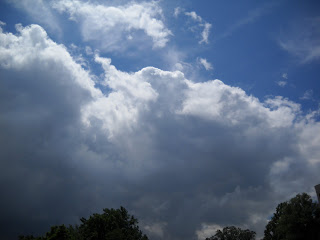 Advising volunteerism seems a little trite and even off-family, but there are some gem’s in her advice.

“the things so many people want most require others to come through for them. To be loved, someone has to love you; to be rich, someone has to pay you, etc. Hard work can be its own reward, sure, but when you're looking for cosmic payoff, it often doesn't feel like enough.” Indeed, her writing seems to come right out of Clive Barker’s Imajica, although I’m not sure I remember exactly where. I suppose this would have been a “pivotal teaching” of the Dominions – like “in any fiction … there is only room for three players.” You have to be able to count on people. You can’t make it completely on your own.

The Shirley Sherrod caper certainly reminds us how our speech and actions are so subject to the interpretations (and misinterpretations) of others, from their mindset rather than ours. Here we learn the danger from the “viral” nature of Internet postings and videos: a piece of a video is excerpted, and not even the White House bothers to look at the whole context of the blogger-supplied clip. It reminds us of how others can present us in a “false light” (a normally relevant concept in privacy law).

The administration choked on the blogger’s video excerpt, in a manner that reminds me of a school system’s spasms in dealing with the “meaning” of some of my own Internet content back in 2005 (that’s my July 27, 2007 posting). “Context”, however, is not quite the same concept as “implicit content”, which was more the issue in my situation. (See my Issues Blog for the details of Sherrod, Tuesday July 20.)

Update: On AC360 July 22, Anderson Cooper gave a lecture on how bloggers on both the Right and Left are throwing material up on the web that they know is false just to get web traffic. He named names (Breitbart) and interviewed Sherrod, whose words for Breitbard were not nice.  Cooper got into the nature of Truth (in journalism) with almost Rosenfels-like vocabulary.  I think he knows the Paul Rosenfels Communit.

Update: July 29: Kathryn Watson of the Washington Times reports that Shirley Sherrod will file defamation lawsuit against Andrew Breitbart for deliberately posting a portion of her speech with a misleading context. It's not clear that this meets the legal standards for defamation, however (just as in own case it's not clear that I committed "self-defamation"). The story link is here.
Posted by Bill Boushka at 11:08 AM