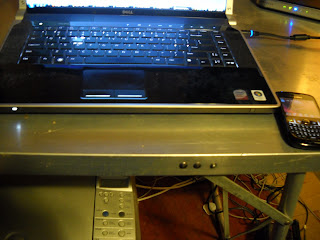 On page 30 of the July 25 New York Times Magazine, Jeffrey Rosen has a long and effective article “The End of Forgetting: Legal scholars, technologists and cyberthinkers are wrestling with the first great existential crisis of the digital age: the impossibility of erasing your posted past, starting over, moving on”. The printed copy shows partial “erasure” of the words toward the end. (Remember, in Clive Barker’s “Imajica”, an “Erasure” was a boundary of the universes of all conscious beings.) The online title is more succinct and blunt: “The Web Means the End of Forgetting.” The link is here.

Rosen does discuss the book by Viktor Meyer-Schonberger, “Delete: The Value of Forgetting in the Digital Age”, which I reviewed on my Book Review blog May 13, 2010. But he explores the topic even further. He illustrates his argument with cute drawings of a power surge protector with the words “reset reputation” and a computer keyboard with a “Ctrl Identity” key, and even a mother board port marked “regrettable activity”.

He envisions something like a FICO Reputation Score, conceptually like a Credit Score, being developed and evolving from the ability of companies to aggregate computer cloud data about people, especially from Web 3.0 technologies, even evaluation their “popularity” not only from social networking sites but also from cell phone activity. It sounds rather Orwellian, rather like a private-industry Big Brother, which distorts libertarian aims while maintaining their form. That likewise brings up the idea of declaring “Reputation bankruptcy” (the article also coins the term “Twittergation”).

The article discusses the generational changes in the notions of privacy and public reputation, which we find full of paradoxes. Facebook, for example, is predicated on a desire of people to share things about themselves at different levels to different audiences, but presumes people still have sovereignty over whom they pick as “friends”. But the problem becomes a paradox: society can still use this information to enforce new kinds of conformity.

Particularly galling are various anecdotes about job firings (or offers not made) because employers gave undue weight to matter that, while true and often self-posted (and therefore not legally defamatory), would have seemed inconsequential by common sense to a reasonable person. The article, as had Meyer-Schonberger’s book, starts with the anecdote of would-be teacher Stacey Snyder, whose teacher’s college said her “drunken pirate” MySpace photo would encourage underage drinking of students (a rather ridiculous assertion it seems to me). (Actually, the college had been told by a school district that it would not accept student teachers unless the college punished her, and amazingly a federal court didn’t regard her photo as protected personal speech from a public employee  See earlier posting May 12 on this blog.)

Employers generally state their computer-use policies in terms of workplace computers and resources, but in practice have been eliminating job candidates and sometimes firing (or “doocing”) people based on personal profiles and blogs done at home. A few employers, even in government, have started developing social media policies and warning employees of the risks (as did the Census Bureau this year even for enumerators). Some government agencies have pre-publication review policies that sometimes extend to personal blogging and social networking.

The article mentions bars or clubs that now make members sign agreements not to blog about the goings on at the establishments. (Generally, in my experience, people take photos all the time at discos, so if you go to them, you need to be comfortable about the possibility that your photo, at least unnamed, could appear in anyone’s blog or social networking profile).

There are a lot of proposals as to how to fix these existential problems, and the consequences of any fix could be hard to see. One idea would be to develop a “safe harbor” provision for reputation (not just defamation) similar to that for copyright under the DMCA (that would modify the existing Section 230 of the 1996 Telecommunications Act). Extreme proposals could make it illegal to write online about anyone without permission – but them could you quote legitimate bibliographic sources? (I once had an issue with someone concerned about his mention in a footnote in the online version of my 1997 “Do Ask Do Tell” book, fearful that it could cause him to be perceived unfavorably as “times change”, even though he had written the particular passage in a press release. So online, I changed his name to just initials, and the caches eventually dropped off.)

One could try to regulate employer use of underground Internet background investigations, but that would be hard to enforce since employers often don’t have to give reasons for not hiring or even firing. I’ve written that the HR industry needs to develop “best practices” for Internet background checking.  One practical concern is prospective: an employer could become concerned that someone will quit and write about them online afterwards (the "Food Lion Problem"). From my Internet search record, one could probably tell that I might make an effective CIA analyst or maybe a good AP calculus teacher, but not an insurance agent or grade school or special education teacher.

He gives some account of Michael Fertik and his company “Reputation Defender” (there is an illustration “you’re being Googled”) and concludes “Our character, ultimately, can’t be judged by strangers on the basis of our … profiles; it can be judged by only those who know us and have time to evaluate our strengths and weaknesses, face to face and in context, with insight and understanding. In the meantime, as all of us stumble over the challenges of living in a world without forgetting, we need to learn new forms of empathy, new ways of defining ourselves without reference to what others say about us and new ways of forgiving one another for the digital trails that will follow us forever.”

Here's a review of Meyer-Schonberger's book in the London times, by James Larkin, link.  We must be allowed to forget.  But I remember a specific incident in the early 1990s about real world "long memories".  Sometimes it's just a matter of watching table manners.  Oh, all was "forgotten" in that incident a couple years later, too.
Posted by Bill Boushka at 5:02 PM