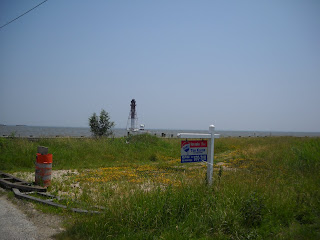 Cecilia Kang writes on p A8 of the Washington Post on Tuesday June 1 that Yahoo! will convert its email subscriber base into a social networking service with the news story “Yahoo! to jump into social networking: based on e-mail contact lists; subscribers will have choice of opting out”, link here.

Yahoo! has lagged behind companies like Facebook, Microsoft and Google, all of which are so strong in their own markets that a more “cosmopolitan” service company like Yahoo! starts to lose its identity. Users like its news coverage, especially Finance and Sports (although why not just go to mlb.com for the national pastime).

The move will complicate the “privacy controls” debate as the story would leave us behind that Yahoo! has not been forced to think through the privacy settings issue the way Facebook has. It also enriches the “online reputation” debate (especially with respect to job or gig hunting), as users need to decide how to focus and integrate their online presence among the various service providers. Yahoo!’s move may draw attention away from the “delete” or “expiration date” (even “abstinence”) proposals that have been advanced by Mayer-Schonberg and others who fear that some people could be put in a position where they are forced out of social media altogether.
Posted by Bill Boushka at 6:06 AM