Part II of "It's Not About You" 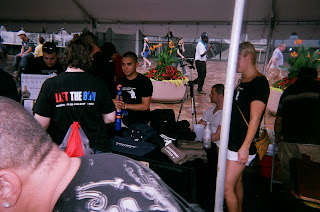 Twenty-two years ago yesterday, Tuesday June 28, 1988, I sadly drove away from a condo in Dallas I had lived in happily for three-plus years and moved back to the DC area for a new job, less renumerative, after getting caught up in the hostile takeover wars of the late 80s. I haven’t lived in a home I own since then, but I built my life back, wrote and published a book (“Do Ask Do Tell”), moved to Minneapolis, had six interesting years, but then on Friday August 22, 2003 had another sad day driving away from a good life.

I understand the point that if you choose to “stand alone”, then your standing in life (at least in some particular episode) can expire, if there is no access to “grace”. You play “Mother May I” and take steps backward to “pay your dues.”

In 1993, I was particularly struck by a particular aspect of the debate over gays in the military. Being allowed to serve, while still having a “private life”, was viewed (by me, at least, at the time) as a form of “equality.” The emphasis in my own thinking was on equal sharing or responsibilities – and of risks and uncertainties (which are not quite the same things).

Of course, we all know how the perception of equality developed since then, not just the gay marriage debate (which sprung forward in Hawaii about the same time that the military debate did) but from the whole idea of openness, which now is taken for granted in a world of social media. When Mark Zuckerberg, at age 19, hit the enter key on his dorm computer in February 2004 to launch his innovation, be probably had no real concept of “privacy” and “reputation” as earlier generations (including my own) had come to perceive it. The sudden appearance of social media gave us a “before and after” apperception of both equality and privacy.

Today, equality in life station can mean equal responsibility in trans-generational responsibility, or “generativity” as a part of “sustainability”. I’ve covered before how some people (not always on the religious right) translate that into the idea of “the natural family” as a source of personal identity.

But one observation is inescapable: equality would mean accepting personal challenges personally thought unthinkable. (See my review of Joshua Ramo’s “The Age of the Unthinkable” April 12, 2009). A few times, I have been confronted with situations where intimacy is desired from me in situations that one would have previously considered inappropriate, possibly suggestive of harassment, at least beyond the parameters of voluntary consent. I detailed some of these on a blog posting here July 25, 2007 about an incident in substitute teaching. I did not welcome the idea that somewhat incapacitated students would see a 60+ year old man in bathing gear. Yet, that may be what “role modeling” can comprise. Conservatives have sometimes indulged in columns about father-son relationships where sons learn that bodily appearance normally changes (or even “deteriorates”) with advancing age, and that is not supposed to undermine love within a family. Yet setting up such situations sounds plainly dangerous. But “equality” may demand stepping up to family role modeling situations even from those who have not had their own children (or, who like me, have felt humiliated by conventional socialization), as being part of a community.  It may mean accepting openness to some intimacy beyond the usual concept of consent. Family responsibility goes way beyond what can follow a chosen act of intercourse. 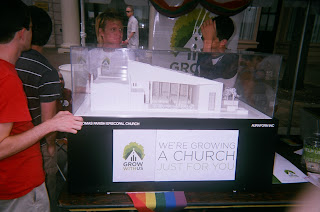 See also June 15 posting. Is Rick Warren's "It's not about you" a variation fo Robin Williams's "It's not your fault" in "Good Will Hunting"?
Posted by Bill Boushka at 3:17 PM

Labels: it is not about you, rules of engagement