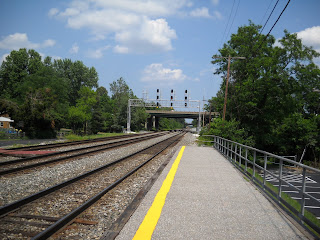 Dan Frosch has an important story in the New York Times, front page, on Tuesday June 1, about SLAPP (Strategic Lawsuits Against Public Participation) lawsuits against Internet posters for “criticisms” of the services or products of some companies. The title of the story is “Venting Online, Consumers Can Land in Court”, link (web url) here.

The article summarizes how SLAPP was around even before the Internet (it has particularly been used by real estate developers in some communities, as with as famous eminent domain case on the Texas Gulf Coast), but the power of the Internet has allowed “ordinary people” got get into trouble when they hit the Enter button on their home computers.

The problem is that many of the lawsuits are meritless, but it can cost a person hundreds of thousands of dollars to defend a meritless case in a state that does not have an effective anti-SLAPP law (which California does). Sometimes cases are resolved without cost if the poster removes the material (and has it removed from search engine caches), but a plaintiff could get heavy handed and demand that the person not post at all.

Another issue is that the way the material is presented affects the likelihood of a suit. Many people post negative comments about products of companies (or particularly about inadequate customer service) online, especially on message boards, sometimes on blogs, without any consequences. Truth is an absolute defense to libel, and the postings are less likely to result in litigation if the truthfulness is easily proved, or if there has been widespread reporting by others of similar problems. People won’t get sued (I wouldn’t think) for discussing the Toyota accelerator problems online because there is so much coverage in the media, or the same for the oil spill. It’s safer if a poster can refer to a link from an “establishment” media company to verify facts.

What may be more likely to lead to trouble is social media pages designed to attract a lot of attention. The Times story refers to a Facebook page set up to complain about an auto towing company in Michigan, which does not have anti-SLAPP legislation. The particular page in the story was “Kalamazoo Residents against T&J Towing”, link on Facebook is here. The NY Times story reports that a judge has been asked to dismiss the suit, and that the poster is countersuing.

Litigations have occurred because of tweets, or entries on Yelp, particularly those that attract large followings. The Times story refers to a threatened (but not materialized) suit by a Florida car dealership for negative comments on Twitter.

As noted here before, some doctors are very concerned about reputation damage from consumers, and a group called Medical Justice has helped them craft consumer policies regarding online posting (which has been termed a “medical gag rule” by some).

I have discussed problems with personal computer software, ranging from automatic updates to automated backups and anti-virus and firewall programs. Generally, I state what happened on my computer, and try to find similar accounts from other users on the Web and give links. My page request counts for these postings are usually considerably more than average (sometimes quickly, from Next Blog), even if they are not astronomical by Web standards. Blog readers tend to be very interested in knowing about consumer experiences about specific items (such as security software) and tend to visit sites of bloggers whom they know to provide such comments regularly.

On the other hand, I tend not to get around to discussing billing problems with various companies, even though it seems that I nearly always have a hundred dollars or so of credit card charges that I think can be legitimately questioned.

Defamation law recognizes “the Opinion Rule”, which means you don’t get punished for stating an opinion, just for stating false information as “fact”. The towing case may have been a marginal application of the rule. But you won’t get in trouble for writing a movie review and giving the stinker film “one star” because that’s just an “opinion”.

In 2009. Steve Cohen (D-TN) introduced H.R. 4364 the “Citizen Participation Act of 2009”, “To protect first amendment rights of petition and free speech by preventing States and the United States from allowing meritless lawsuits arising from acts in furtherance of those rights, commonly called "SLAPPs", and for other purposes”, modeled after the California law, govtrack link here. The last action occurred April 26, 2010, “Referred to the Subcommittee on Courts and Competition Policy” (link here) of the Judiciary Committee. I don’t see any hearings scheduled on the problem yet but I will keep tabs on it.  I would expect to see more written about this at libertarian think tanks like the Cato Institute, and I'll keep tabs on it there, too.
Posted by Bill Boushka at 2:22 PM