Gender imbalance in college: it may have affected me back in 1961 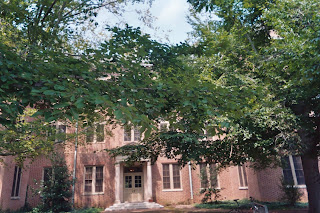 This title refers to the huge majority of female enrollment in undergraduate studies (the article says 57% -- and the University of Phoenix says that 67% of its students are female!). And then it quickly presents us with the fact that many colleges can legally reduce admission standards by gender, now for boys, to equalize gender enrollment.

What’s interesting to me is how this maps up to an incident earlier in my life. When I attended the College of William and Mary in Williamsburg, VA in the fall of 1961, there were about twice as many boys as girls, and admission standards for boys were lower.

One social consequence was that boys could have a harder time finding dates. Another is that they were not on an even keel in the classroom with female students, which was not a good thing psychologically or socially.

On Nov. 28, 2006 I depicted how my semester there ended abruptly on Nov. 28, 1961. Had the social climate at the school been more balanced, maybe this needn’t have happened to me at all.
Posted by Bill Boushka at 4:38 PM