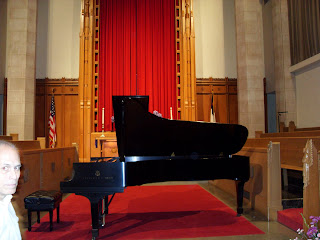 The Ninth Circuit Court of Appeals will consider the “first sale” doctrine in copyright law, with oral arguments having been made on Monday June 7. The case (Universal Music Group v. Augusto) involves Troy Augusto who was sued in 2007 for 26 eBay auction listings for promotional CD’s. The question is specifically whether people can resell promotional CD’s from secondhand stores. These are compact discs that have “not for resale” on them.

The Electronic Frontier Foundation has a news story dated June 2, “EFF Fights for Your Right to Resell CDs in Monday Hearing; Appeals Court to Consider 'First Sale' Doctrine for eBay Seller”. The link is here. There are two other related cases, Vernor v. Autodesk and MDY v. Blizzard.

I can remember from early days of classical music record collecting that I would occasionally encounter “promotional copies” of records.

In 1998, the Supreme Court had held that the first sale doctrine holds in the "gray market", for goods manufactured in the United States and sold abroad, as in this article by Christopher Miller. That case was Quality King Distributors, Inc. v. L'anza Research International, Inc.

I would wonder what the connection would be between limiting the “first sale” doctrine, and copy-protection of DVD’s (as with the DMCA) and CD’s (as when Microsoft tells customers “do not make copies of this CD) with software cd’s. However Wikipedia's article on first sale discusses the Record Rental Amendment of 1984 and the Computer Software Rental Amendments Act of 1990 both amended Section 109 as dealing with this.  The Clayton Act, commonly studied in American history, deals in part with anti-competitive misuse of copyright law.

Back in the 1960s, I used to exchange reel-to-reel tape copies of friends' records, which was probably illegal but which we justified or "rationalized" by saying we bought lots of original records. I used to make cassette copies of some valuable vinyl records for personal use as insurance against record wear; this was probably legal. 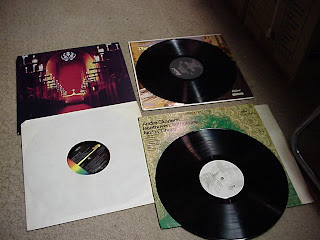