Federal judge rules for YouTube in litigation with Viacom 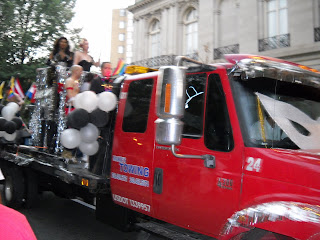 A federal judge has ruled that publishing services like Blogger, YouTube, Wordpress, and social media are protected by the DMCA safe harbor provision as long as they follow proper takedown procedures upon receiving credible complaints from copyright holders. One version of the news is on a site called “Threat Level”, link (web url) here.

According to the ruling, the service provider’s immunity (under the safe harbor provision) is not jeopardized if it knows or reasonably suspect that it may host some infringing material. This could be appealed and could run into issues with other decisions like MGM v Grokster, if its entire business model were predicated upon likely infringement.

Viacom (which owns Paramount) had claimed that YouTube lacked protection under the DMCA because it knew or should have known that much material was infringing.

Google's official blog entry on the case ruling is here. The company wrote "This is an important victory not just for us, but also for the billions of people around the world who use the web to communicate and share experiences with each other."  The Judge recongizned that many service providers suspect that their services could attract infringers, but such providers only lose the protection of the DMCA safe harbor when they fail to act properly on complaints or when they actively encourage infringement (as with so-called "piracy sites"). On the other hand, Viacom and other large media companies complain that they should be compensated (as a fidicuiary matter) whenever their content is used, and service providers make this impossible in practice.

It would be interesting to wonder if the ruling has some implications for Section 230 application as well.

In either a DMCA-safe-harbor or Section 230 situation, if service providers had to review material for copyright violations (or for libel, for example), it would mean the end of spontaneous self-publishing on the Web as we know it today!!

The case is Viacom v. Youtube with a reference document here.
Posted by Bill Boushka at 4:39 PM