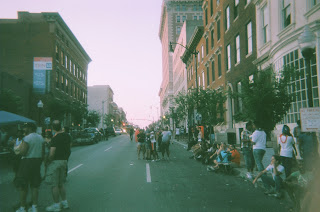 A federal court in Washington DC heard arguments on June 30 as to whether the U.S. Copyright Group can group defendants for copyright infringement lawsuits regarding allegedly illegal downloading of up to six films, now including “The Hurt Locker”.

There is a story by Mark Hefflinger in DMW (Digital Media Wire) Daily (web url) here.

The ACLu argues that grouping defendants, regardless of geographical location and otherwise unconnected, violates their due process rights.

Electronic Frontier Foundation appeared in court today and has a brief account of what it calls a “predatory lawsuit” here. USCG is swinging for the fences at $150000 per infringement in order to get defendants so settle out of court for something like $2000 per person or per infringement.

As far as I know, all the alleged illegal activity involved P2P and probably BitTorrent. However parents could be on the hook for what their kids did, and people might be liable for what roommates or anyone with access to their computers did. What if a computer were hacked and then did illegal downloading at the behest of a hacker?
Posted by Bill Boushka at 5:24 PM