Digital overload: multi-tasking and loss of focus, and maybe of socialization 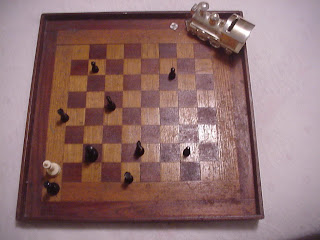 On Monday June 7 the New York Times ran a detailed story (with sidebars) by Matt Richtel, “Hooked on gadgets, and paying a mental price: a toll on family life and studies find a loss of focus” in a series “Your brain on computers: the information addiction”. The New York Times online has a blog with a lot of material and links consolidated in one place (for multi-tasking, yes), “First Steps to Digital Detox”, by “The Editors”, link here.

The Internet (and associated gadgetry like cell phones and iPads) is rewiring our brains, but the rewiring probably has gone on a long time with other media, including television, movies, and even music. In the classical music field, there has, since the time of Bach, developed continuous expressive innovation that certainly rewires the musical ears and brains of repeated listeners, whose ranks could expand in the 1950s with the long playing record, long before CD’s and personal computers.

There is a concern that the constant exposure to random bursts of information will undermine ability to concentrate -- not just to read a thousand page novel like "Atlas Shrugged" but also to sit and concentrate for five hours at a chess game in a tournament (and to calculate endgames exactly).

The brain is prewired to rewire itself – that’s what makes us human, perhaps – or we can debate it in terms about what makes cats and dogs (of about the same intelligence and similar biology) so different. A lot of it has to do with “socialization”. All “more intelligent creatures” have a dichotomy, of whether to stand alone or live in social units. Nature works out different solutions, but for man offers both options. Perhaps that's the heart of our culture war: the need that some parents feel to get their kids to see themselves as family members first. The concerns over "information dilletantes" goes way beyond the issue of cell phones, texting and driving simultaneously. (Although one should support Oprah's "No Phone Zone".)

I just received Nicholas Carr’s book (WW Norton) “The Shallows: What the Internet Is Doing To Our Brains” and will review it on my Books blog soon. 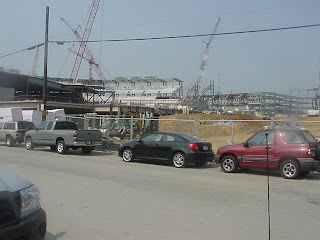