When you tell your own story, you tell that of others: what generates the culture wars 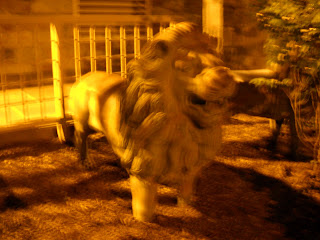 Technology has enable someone like me to publish and broadcast my own story, and stimulate debate in important linked or concentric areas, including gays in the military. The technology is not only the much debated pizzazz about search engines and social media (and privacy, reputation and security concerns); it also included much more efficient desktop publishing and book manufacture earlier, back in the 90s.


Generally, we think that in a legal sense, we own the stories to our own lives. Of course, however, when we broadcast these stories in a self-generated, unsupervised manner there is the risk of drawing in the stories of others, who may feel compromised.

The genesis of own story seems to center around the 1961 college expulsion from William and Mary (for admitted sexual orientation). It came six months after Memorial Day weekend science field trip to Mt. Washington, NH that for me had acted as the psychological equivalent of the senior prom (which I did not even try to attend – and this is prom weekend, folks.)

Although the obvious link to the “don’t ask don’t tell” debate seemed to be “privacy” in close quarters, a much more subtle aspect concerns family. I am an only child, that the College’s handling of the incident amounted to a brutal way of telling my parents that they probably would have no lineage. That could have amounted to an existential threat to their marriage, which survived to a 45th wedding anniversary (my father would die in 1986).

But the family aspect of all of this (reflected in my six months as a patient at NIH in 1962) really does link into the culture wars today, transcending the gay marriage debate the way it is usually articulated.

Again, think about the “hidden agenda” that stable married parents back in the 1950s and in “greatest generations” tried to impart to their kids. To wit, you belong to a family and a community, and sometimes the family or group has to be more important than the individual for us to survive at all. Don’t expect the world to be stable or always fair. The competitive skills demanded of boys really aren’t about “winning” although (Donald Trump notwithstanding) they often seem to be. They are about team play and social order, and finding the best place where you can matter to others. Yet, some boys, like me, might feel humiliated by what seems like the competitive component, and decide to walk away from it and go their own way, and stand alone. So I did, and because of a rapidly evolving technological culture, I managed to do so with some success. But it well might not have been.

Someone with a psychological makeup and experience like mine in youth will tend to invest emotionally in “upward affiliation” and believe that his choices of significant others are, besides constituting a fundamental right, expressive in nature and make a moral statement, perhaps demonstrating “the knowledge of good and evil.” But society (parents, schools, church) tried to impose a certain socialization on me. It was immoral to focus on one’s own choices in building attachment to people; instead, it was essential to respond to people on the basis of complementarity and need. Part of the deal was to accept the goals of the group rather than of the self without a sense of “sacrifice” or loss. (This is the “it isn’t about you” think of Rick Warren, and related to the “natural family” concept of Carlson and Mero.) That was supposed to make it possible for a less competitive person to marry and have children, too – if only everyone would agree to play by the same rules. Society would be hierarchal: only some people would rise to the top (by competition) and become visible publicly, but family would take care of everyone and give everyone a place in “God’s plan”.

This worldview, then, presumes that everyone is born into a community that confers not just some birthrights but also some shared social responsibility, managed for life by parents, and that family responsibility pre-exists and is not just created by specific chosen acts.

Of course, this process (and social structure that sets it up) can become corrupt, as “absolute power” subverts complementarity; but it does process a context for everyone to be cared about. The alternative, to focus on hyperindividualism and “personal responsibility” could lead to an elimination of the weak like what was seen in Sparta, Rome or even with the Nazis.

It’s the understanding of this dichotomy that I am after when I tell my story.
Posted by Bill Boushka at 5:37 PM