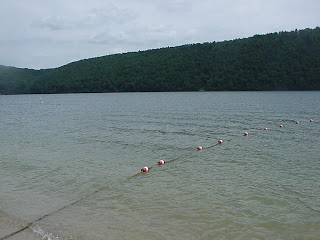 A college student, Stacy Snyder, was denied a teaching certificate by the administration of Millersville University in Pennsylvania because officials found a Myspace photo she had posted showing her sipping from a plastic cup, with a pirate hat, and a caption “Drunken Pirate”. She sued the university, in a story reported in “The Smoking Gun” (web url) here.

She was old enough to drink, was not breaking any laws, and the picture was obviously ironic (it did not prove she was drinking). Yet, university officials had already decided on an "ex post facto" zero tolerance policy for any online behavior that could cause a teacher's reputation to be even questioned. (See my own account of this problem in my own sub experience July 27, 2007 in this blog.)

Her story is the opening anecdote in a new book “Delete: The Value of Forgetting in the Digital Age” by Viktor Mayer-Schonberger, who reports that her suit was unsuccessful.

On my own site (doaskdotell) a friend expressed concern in early 2006 about a reference to a press release he had written that, in later context, could have seemed misleading. It had been available in the online HTML version of my book for eight years. I changed the name to initials, and soon the search engine references to the name dropped off (eventually the caches dropped off). By around 2006, the problem of online reputation and the permanence of digital postings (rather like plastic washing up on the beach perhaps) was getting noticed after a full decade of innocence.

I plan to review the “Delete” book soon on my books blog. The author notes that even conventional trade publishing (in addition to “amateurs”) generates this issue, since so much text winds up permanently online anyway.
Posted by Bill Boushka at 5:53 AM