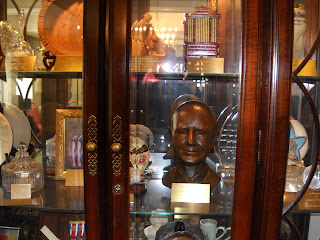 I do expect to “consolidate” my web presence later on this year as I anticipate trying to “sell” my movie ideas. As of now, here is how I see the new structure evolving:

These documents would be a bit like another book (oh, no!), and perhaps I will have them printed. They would remain stable, with some endnotes as in my other books. Each essay would start with a personal narrative and proceed inductively to suggest some principled conclusions. Of course, any personal narrative needs to respect confidentiality and be presented carefully.

The “master essay” would examine the limits on individualism and personal sovereignty. Many people experience life and see themselves through the complementarity of social relationships within the family unit or other communal structure, and this has the capability of providing sustenance for differently abled adults as well as of raising children. Hyperindividualism threatens this “solidarity”. There is a paradox that occurs as we look for equality and justice: no perfectly just society could be totally free. Individualism tries to deal with this idea by modifying the measuring stick of karma to allow the idea that sometimes karma allows expropriation (of other people’s debts within a social unit). Individualism needs also to be correlated to the legal or constitutional concepts of “fundamental rights.”

There would be four other essays based on the major activities in which I engaged in my life.

(1) The issue of gays in the military and the “don’t ask don’t tell” policy, which becomes a nucleus around which many other issues develop. The biggest challenge from “gay rights” is to the psychic and collective investment people make in more traditional social structures and lineage, and “gay rights” needs to be understood also in terms of infringement on individuals by others who need to see everyone else “conform” to community rules.

(2) The problem of Internet censorship and the COPA trial

(3) The development of self-publication and self-promotion in the Internet age, with the problem of “online reputation” and “implicit content” (and even “the privilege of being listened to”).

Maybe it’s The Blob. No, I would collect all my media reviews (books, movies, TV) onto one blog so that I could cross reference them (which I cannot do as effectively when they are on separate blogs) with categories or labels. Wordpress may be a more effective too than Blogger.

There would exist a master index (next Part) to the reviews, with hyperlinks, in tabular format with standard distribution information (availability in print or DVD or instant play, etc).

Major news stories that that impart significant new information to the topics covered in the “Essays” would be covered with blog entries on the same blog. There would be an emphasis on original research and news gathering rather than on restatement of current stories. They would provide significant updates in areas that I think are particularly important, like blogger insurance, downstream liability, online reputation, cybersecurity, privacy. Some areas (like Internet safety) might have a greater volume of entries than others. Every entry will have a relevance to some specific passage in one of the essays (as shown by code).

I would use Twitter to provide quick references to other news stories without much explanation.

The documents of the “Do Ask Do Tell” books would be placed here.

Facebook would provide personal news (with appropriate care about confidential and personal information and some use of privacy settings), particularly about progress in marketing screenplay scripts and a novel (along with networking about treatments or scripts on Facebook as appropriate). Care must be followed in discussing script contents that will later be submitted to agents (because of the “Third Party Rule”).

Redundant material (on my multiple sites, especially doaskdotell.com, and others, and blog entries) would be removed from public access, although I would keep digital copies of all the work I had ever done on my own.

So, then, what does this “master journalism” project accomplish?

I could cite Anderson Cooper’s “Keeping them Honest”. Or perhaps the CIA’s “connecting the dots”. A journal site run by one person or a small group with low capital (and attracting attention through search engines as well as “word of mouth”) can, if set up properly and run efficiently, generate enormous “intelligence” on what is going on for the public, in a way that noses in on certain issues that still escape the major media today. There are a number of these, as I have mentioned, such as “implicit content” or “gratuitous publication”, as well as downstream liability and new paradigms for modeling risk in a society that suddenly offers so much opportunity through asymmetry.

One could say this is a bit like Jimmy Wales and “mastering all knowledge” through an open source community effort (Wikipedia or similar compendia). Or it may sound like Digg or Mixx. But it is more focused because it is driven by one’s persons concentric experiences.  But I must admit, that if I had become more socially competitive as a youngster, I wouldn't find value in almagamating and publishing "the truth".  As I've noted before, it's important to stay out of certain conflicting activities (such as making decisions about direct report employees or customers) if one wants to be recognized as a public focal point or funnel for correlated policy knowledge.
Posted by Bill Boushka at 7:49 PM