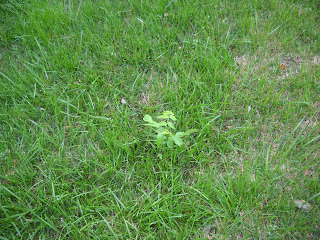 Once again, the real importance of the issue of “equal rights for gays” is not found in the mathematical analysis of the benefits of marriage (in terms of “present values” and other actuarial mumbo), but in something broader: how the notion of “family values” affects adults who “choose” other paths in life besides (or at least not including) forming and sustaining the procreational (or at least lineage-sustaining) family.


Probably a few years ago this would have seemed like a novel statement, but everybody understood this a half century ago.

In September 2009, I discussed the "Manifesto" “The Natural Family” by Allan C. Carlson and Paul T. Mero on my Book Review blog. I’m struck by the practical implications of what the authors argue: it’s up to (married) parents to socialize the next generation into using love and power capacities not just as a vehicle for a personally tailored expressive agenda, but as an acceptance of complementarity, a way to link up to people in a community (read, “the natural family” of kinfolk) on the basis of needs, not merit. That’s what makes sexuality different from everything else; in their view, it comes from a common (God-given) resource related to organicity and life itself, not from one’s own “works”. Perhaps this does mesh with Vatican theology.

It follows, then, that the unmarried and childless can well expect to be put upon and expropriated, to have their goals chosen by others. The modern idea that you only become responsible for something with chosen acts (chosen conception) is buried by the mere fact that you belong to a community that needs to make common demands on you to sustain itself. Don’t think that you get out of “responsibility” for others by not having children. The authors say that “mere conformity” begets “cooperation.” That can get elaborated to include expecting the unmarried to focus on maintaining ties with other family members rather than pursuing lives of their own.

But what strikes me this time around (as I glance at passages from the book again) is the take on individualism (around p 80). The modern libertarian construct for a moral society seems to produce markets and satisfying relationships (“marriages”) between adults who see themselves as equals, often stable enough to raise kids, but maybe looking back toward the elderly with some distance. The problem, Mero and Carlson say, is that individualism fragments “visions” or purposes into individual agendas, away from sustaining the family (one’s own life) into the indefinite future and accepting a part in something bigger and more permanent than self. That’s especially a problem in the “speech” area, where the “purpose” of ("reflective" but not "genuine") published content (especially when gratuitous on the Internet) comes into question. For example, someone who felt humiliated by being expected (when younger) to “compete” to form families along the lines of conventional gender roles, may have a psychological motive (even “sadistic” as coming from the “psychological defenses” as discussed by Rosenfels), might have a motive to make others similarly challenged to feel uncomfortable about their own ability. If enough people did this, there could develop an trend toward re-implementing totalitarian values in the interest of “absolute justice”, away from the community sense that is necessary to sustain freedom.

Carlson/Mero may have a point here. But if most people are supposed to put the “family” (as a collective entity) first, there will live a power structure. Somebody (or “somebodies”) will be in charge, and there will be a lot of opportunity for “good old boy” style corruption. And individuals would lose their rights to protest. I’m not sure that the world of Carlson and Mero could host many tea parties, as friendly it might be to wedding anniversaries and blessed events.
Posted by Bill Boushka at 4:48 PM