"I vs. we": Social media keep giving the English language some new verbs 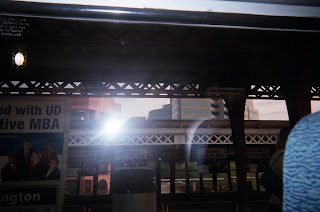 Well, the English language keeps inventing new verbs. We’ve had “to dooce” (to "fire an employee because of the contents of a publicly searchable Web posting") and “to Facebook” and now the latest verb is “to zucker”. Conjugate in French, Spanish and German (especially), please.

The background for all this is an MSN story “Facebook: the evil interface: is your personal information suddenly flapping in the breeze?” The link(story by Mary A.S. Popkin) is here.

There’s no question that social networking companies need to “have it both ways”, as do personal publishers (in a different sense) like me. I think there is a deeper question than just privacy as being discusses: it’s notability, and what “fame” is for. If Facebook (or Myspace, etc) is about “social networking”, can you really have 1000 friends and know them well? If blogging is about free speech, do you have to be responsible for what people read in to your deepest “intention?” (Yup, I had to get into that here July 27, 2007). There is always that Enron-like question, “Ask Why”.   How often does an individual talk in the "royal we" when he wants to draw attention to the "I"?

The article makes a good point, that with social networking sites, privacy loss occurs by “proxy”, often through long chains of group association.

As for the verb “zucker”, Tim Jones at EFF explains with some kindness in a piece April 29 called “Facebook’s ‘Evil Interfaces’”, link here. But I’ll let English teachers making up weekly vocabulary tests come up with a precise definition of the verb. It would be a good class project. The EFF starts out with “the act of creating deliberately confusing jargon and user-interfaces which trick your users into sharing more info about themselves than they really want to.”

Then, Gawker weighs in with a brief story about the letters from several Senators to Zuckerberg, but the most interesting thing about the article is the rather feline photograph of the company’s founder.

Check this sotry by Caroline McCarthy from CNET, "Understanding Facebook's Privacy Aftershocks", link here.
Posted by Bill Boushka at 7:54 AM