Facebook v. "Diaspora": a question about paradigm and publicity as well as privacy; a social media user's "Bill of Rights" proposed 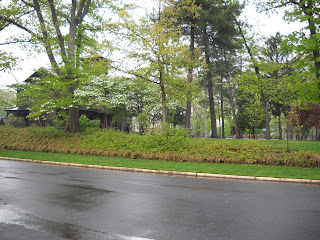 You could also look on Web Pro News for an article "What is this Diaspora that everyone is talking about?" here.


Singel attracted attention on CNN Sunday as he reviewed Facebook’s policy change in December to insist on controlling a kernel of a member’s presence and keeping it public. He also reported that a lot of discussions were going on at Facebook in California this week on the whole privacy issue.

Facebook is tremendously popular, and the overwhelming majority of users do not encounter significant reputation, privacy or security problems in practice. However, as with any innovation, there are new, barely perceived risks that once in a while can have catastrophic consequences for the few. Just think of the safety policy issues that grew once people could drive automobiles. (Even horse and buggy provided dangers.)

There’s a “paradigm” issue with the idea that a hosting service company wants to keep even a small kernel of a member’s presence public, for seemingly legitimate business reasons (marketing). That forces any member to become a “public figure” and exercise a “right of publicity”. We could certainly have a legal or even a constitutional debate as to whether “the right of publicity” is a fundamental right outside the ways people usually have competed for it (when they wanted it). It’s related to “the privilege of being listened to”, as covered here before. But some people, because of their employment circumstances (including military service) or family circumstances (even mechanisms like witness protection come to mind here), really do have to keep a low profile. They would be placed in the position of having to abstain from a service like Facebook altogether. But the proposed Diaspora would still be a possibility because that sort of service would not make their identity (or “what they stand for”) a matter of public record.

Facebook has sometimes said that the concept of sharing certain materials only among a list of real-world friends is an important resrouce. But it’s not possible to know 1000 people well. In practice, many people use Facebook as a “broadcast” tool even if the content is more finely parsed (into tidbits and images) than similar content in a blog or particularly a conventional site or (even more so) a self-published or self-distributed book or film (or even a video of significant substance on YouTube).

In fact, the Facebook model seems like an antethesis of, say, Wikipedia, where contributors publish a detailed knowledge base but largely remain anonymous.

I suspect Facebook will find itself before the Supreme Court in due course. Maybe Mark Z will see the inside of the chambers well before he is 30.

Kurt Opsahl of Electronic Frontier Foundation proposes "A Bill of Privacy Rights  for Social Network Users" here. On his list of "fundamental rights" are (1) informed decision-making (2) right to control and (3) right to leave.

Cecilia Kang, referring to a Wall Street Journal article, reports "Facebook moves to fix privacy loophole after WSJ review", link here, removing a "privacy loophole that allowed advertisers to access user identification and potentially other information" with a computer code elevation on May 20.

The WSJ story is by Emily Steele and Jessica Vascellaro, "Facebook, MySpace Confront Privacy Loophole ", link here. WSJ may require a subscription to see the entire article.
Posted by Bill Boushka at 12:20 PM