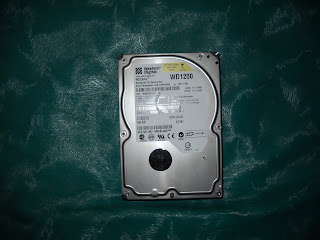 Facebook founder Mark Zuckerberg has an op-ed on p A19 of the Monday May 24 Washington Post. The piece (link here) is brief and admits that Facebook privacy controls should become simpler, and that users should be able to bloc third-party services. However, Zuckerberg lays out some principles, and says that Facebook does not give or sell personal information to advertisers. He also reassures us that it must remain a free service.

Visitors may want to go back to my Dec. 2, 2009 posting here where I embedded a CBS 60 Minutes video interview of Zuckerberg about the privacy issues then. (I hope I haven’t spelled the last syllable with a “u” anywhere; I see that a lot on the web.)

I think that the view of privacy expressed in the debate over Facebook and other social media contrasts sharply with the view expressed last night by Marty Cooper, given credit by CBS 60 Minutes as founders of the cell phone. Cooper, 81 (compared to Zuckerberg’s 26) thinks that the ability of companies to track the tastes of consumers from computers and cell phones is a great and efficient thing, and we have to get used to new ideas of privacy.

There’s another subtle problem below the surface of the privacy debate. Some people are in life situations (often because of employment, sometimes because of family situations, with “witness protection” being the extreme or bounding example) where they need to keep their “persona” on low profile, and cannot allow themselves to become known publicly at all. This may become a more important problem than we had expected it to be.

In the past couple of years, pundits have warned web users about over-depending on someone else’s free service. The “free” needs to be paid for somehow, and that usually involves allowing the service provider to set up an efficient way for marketers to contact consumers on the web in an automated fashion. Marty Cooper seems to get this one right. And he doesn’t need to serve as an “apprentice.”
Posted by Bill Boushka at 6:24 AM