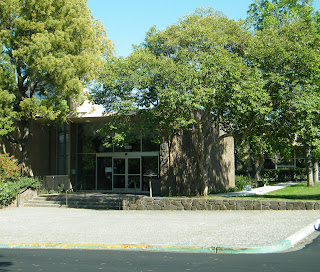 Zuckerberg reassured users that simple controls will be available to keep away all third party applications or data mining from advertisers, and implied that people will be able to use Facebook as a free service in “diaspora” mode, as non-public persons.

As I’ve indicated, there could be long term implications for social media companies “admitting” that they need to include totally private, non-commercial access as part of their free services. People could be challenged, in some employment or family situations, as to their “need” to be public at all.

Of course, this gets into another issue, that social networking sites were originally intended as “meeting people” venues, not as publishing or debate platforms for political issues. To meet people or reinvigorate old contacts, you need the “everyone” access. Then that gets into the question about the “meaning” attached to becoming a Facebook or Myspace “friend.”

Let me state my own personal feeling about this, at age 66. I generally don’t make an issue of whether someone wants to be my Facebook (or any other site) “Friend” or even follower on Blogger. I personally find that it’s important to be able to float in the physical world. I don’t want to set up the unnecessary opportunity for someone to “pass judgment” in advance. So I don’t make an issue of how many “friends” I attract. For me, the “everyone” option is much more important as a publishing tool than as a social one, and that itself is controversial.

Wikipedia attribution link for picture of new Facebook headquarters in Palo Alto, CA, near Stanford.  I was last in the area in 1995.
Posted by Bill Boushka at 7:28 PM