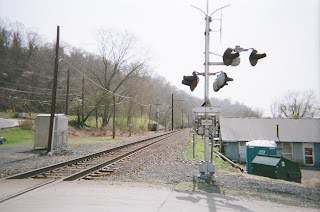 It seems to me that there exist two major ways we look at moral values.


What I would call “Morality 2” is the individualism commonly understood today. A basic precept is that you are responsible for exactly your own chosen actions. You become directly responsible for others by conscious choice: most notably, by heterosexual intercourse bringing a new person into the world.

The legal system of “Morality 2” is largely based on freedom to contract and the obligation to honor contracts (that includes mortgages and credit cards, of course), and on the idea of informed consent. A person cannot be expected to give intimacy without consent, and a minor is not capable of informed consent, so minors are still protected under this system of Morality.

Generally, this sense of “Morality 2” is viewed as supporting libertarianism, but classical liberalism or progressive liberalism (the convenient “socialism” that goes with the “me generation”) is often supported. For example, in this system it often makes sense to socialize health insurance costs and take the uncontrollable risks of health care costs off of individuals’ backs, sometimes in conflict with “personal responsibility.” A lot of the health care debate (particularly with respect to pre-existing conditions) follows this idea, as do public health care systems in Europe.

The biggest criticism of “Morality 2” may seem to come from the observation that many people “of privilege” who think they have earned their way in life actually benefit from the unseen sacrifices of others. But that skims on the top of the surface. The modern preoccupation with the individual has always come into conflict with a view that sees man as a social, conjugal being whose natural granularity is a social group, usually the nuclear family. The “natural family” of Carlson, Mero and Longman is a usual concept for encapsulating this kind of thought (with the idea that every man should first become a husband and father and every woman a wife and mother, with few "legitimate" exceptions). This view is often influenced by religious faith, that a Creator has purposes for people that are beyond their control.

That leads me back to “Morality 1”, the half-hidden precept when I was growing up in the 50s. This view emphasized that everyone had certain “natural” obligations to others merely by belonging to a community and particularly the family. The most obvious of these obligations seemed correlated to gender: men had a natural duty to protect women and children (hence the constitutional legality of the male-only draft in the past). More generally, competent adults had a responsibility not only to children but to other incapacitated or disabled adults, especially the elderly in their own families. Responsibility was to stay within families in order to keep government at bay, in a lot of conservative thought. Of course, this system could hide abuse, ranging from slavery to patriarchal misbehavior often depicted in today’s soap operas. No wonder that individualism and libertarianism could challenge this abuse. But, on the other end, so could some forms of socialism.

It’s important to project the meaning of “Morality 1” down to the individual person, especially someone who is “different” – as to gender identity or sexual orientation, or to a general desire (or lack of) for various levels of social interaction. Generally, under Morality 1, you were expected to develop the competitive skills and social bearing (relative to gender, to a point) that you could provide for a family of your own or for other members of your family of origin if you were ever called upon to do so. You were expected to behave with deference to certain social decorum even when it seemed gratuitous or “irrational.” It was particularly important that you demonstrate this capacity before you drew attention to yourself “on the global stage. You were not allowed to interact “as a citizen of the world” on your own outside of the context of family. If this “rule” were in place today, many of the unbounded risks of the Internet would not exist (but then again, maybe we wouldn’t even have a public Internet!)

The demands for socialization, even among those introverts who do remain childless, become particularly apparent with the need for eldercare, which is exploding because of demographics. In the current financial crisis, many states are likely to start coming down on adult children with “filial responsibility laws” and sometimes connect them to abuse laws. The needs may become so great that in time adult children even in families with long term care insurance or sufficient wealth will not be able to “get out of” unwelcome intimate responsibilities by outsourcing it or by placing disabled parents in institutions. At the same time, social pressures to be open to adoption and raise other people’s children (a favorite phrase of Longman) will increase, and ironically, gay marriage and adoption (the Rosie O’Donnell effect) will increase this pressure. And, as Hollywood has demonstrated in a few movies and television series, sometimes childless adults wind up raising siblings’ children after family tragedies. The “reserve” capability to care for others in family with some degree of hands-on, physical intimacy sounds essential, even if it contradicts the modern notion that an adult always has the right to refuse unwanted intimacy. Some of this requirement for “proof of love” from other family members seems to come as a privilege of parenthood within marriage, just as in the past property and political power followed parenthood in marriage. People with “older mindsets” of one-earner families are more likely to believe that familial affection from others for “what they are” is a social, moral and even legal entitlement, and people can argue that families could not form and prosper unless such persons could enjoy such a lifetime emotional benefit.

The recent emphasis on preventing teenage pregnancy, especially as depicted by Dr. Phil and others, sometimes seems to send a message that responsibility for others occurs as a consequence of deliberate choice (sexual intercourse). Not true. You can wind up with a lot of responsibility for others anyway, and sometimes it can be dumped in your lap. Not funny, but very real, and hidden in plain sight. As one get past a certain age and faces eldercare or other family responsibilities, it’s sometimes possible that children can become an “asset”, just as in the past. So it sounds like a misleading message. Dr. Phil hasn’t told the whole story. But this isn’t just about love, it’s about legitimate expectations of personal autonomy when living in a community.

Do I believe in “Morality 1”? Why do I spend so much space on it? Well, remember, I got into writing and later blogging after entering the debate on gays in the military and “don’t ask don’t tell”, because of the ironic way it connected back to an event earlier in my life. The issues exploded and encompassed everything: the military ban connected back to the draft, deferments, differentiation of risk by gender, and general “unfairness”; the “don’t ask don’t tell” mentality (thank you, Bill Clinton) seemed to cover up a lot of the social manipulations that make a lot of society work. Later, gay marriage began to morph into a debate not just about equal benefits from the state for a relationship, but about the ability to form and keep stable relationships grounded in complementarity (or “polarity”) and able to provide for others. Generally, I began to see that we had a system that you could call “pay your bills, pay your dues.”

I wrote about “Morality 1” because I felt we have forgotten about it (gay rights activists, at least outside of SLDN, which seems to understand, have largely abandoned think about it). It still lives buried inside many notions of Common Law, and in snippets in other areas like filial responsibility laws. Thankfully, Lawrence v. Texas (2003), took it on with respect to sodomy laws, and showed that these laws really had always lived as a (Scalia!) Vatican-driven ruse to make everyone ready to share “family responsibility”. Morality 1 does tend to place an emphasis not just on raising children or the next generation but on protecting individually vulnerable or non-competitive adults by coercing other family members to be able to step in and personally take care of them (without too much reliance on "the state"). But “Morality 1” also encourages easily corrupted power structures. “Morality 2” makes these structures less influential and allows individuals more freedom and tends to resist corruption, by absolute focus on personal responsibility. But in some ways “Morality 2” hides dependencies and sacrifices, and beckons others to come back and bite us. Either moral paradigm, carried to excess, can lead to war. In our current debate about climate change and energy and terrorism, we wonder if hyper-individualism is sustainable.

I must admit that I cannot live up to the demands of “Morality 1” and make my life productive as I see things. I indeed “spoke out of turn”, big time. Should I be expected to change how I see things? There are some people who would want that. But I think I have accomplished something in articulating how our older system really worked. There is a conceit behind the older Morality and its "social contract" or "social covenant": it seemed to give a community meaning to personal commitments that made them work only if everyone in sight abided by them. "Morality 1" reverts back to religious teachings (almost any faith) that insist that we can not avoid uncertain interdependence. It forces us to behave as social creatures.
Posted by Bill Boushka at 8:15 AM