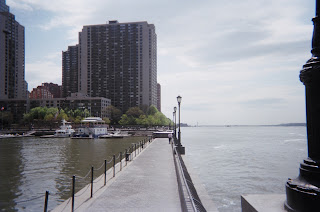 Brad Stone has a front page story in the New York Times April 23 that follows up on the recent concerns about people giving away too much trivia about themselves, creating security problems for themselves, their families, and perhaps employers or landlords. The title is “For Web’s new wave, sharing details is the point,” with link (web urk) here. 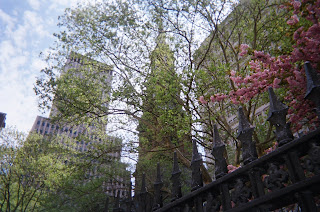 Too much information? Well, not according to some entrepreneurs, such as for “Blippy” (“What are your friends buying?”) here.  OK, parents may not like to see their kids announce that there is a $5000 plasma theater in the home. (Amazon blocked the site from letting consumers post Amazon purchases for a while.) Or try “Foursquare” (link  ) to find your friends. Or try “Daily Booth”, (link) “your life in pictures”, if you really want to be in pictures. A company that offers Internet “August” startups to monitor the competition (“Compete”) finds that today’s teens and many adults find a psychological gratification in exhibitionism and “fame” that transcends the security and privacy concerns of even a decade ago. But, as I wrote Tuesday, insurance companies are starting to notice.

In the past few years, we’ve seen a litany of scare talk about the demise of blogging and social networking. Even about the time Facebook was getting started, pundits were warning that Campaign Finance reform could shut down amateur political blogging – and that threat blew over when there was some common sense applied to it. (It led to a big incident in my life, as described here July 27, 2007). Then all the talk about online reputation (especially with recently set up personal gossip and “people measuring” sites) and employers (maybe even landlords), talk about the need for bloggers to have unpriceable (from an anti-selection perspective) media perils insurance, possibly out of concern for SLAPP suits, to the latest AOL intelligence in property insurance companies.

At the same time, entrepreneurs, not all of them young enough to be svelte on the disco floor while a “Hymn of the Big Wheel” plays, keep coming up with new business models to feed on the name for global “citizen of the world” recognition. It’s a kind of symbolic Clash of the Titans, maybe just in 2D.

There are institutional and even financial pressures to force individuals back into a more socialized form of expression, competing through the social (eg familial) and business structures of the past. I get that question: “Bill, if you made your living for 12 years in life insurance, why don’t you want to sell it?” Translate it thus: if you want to be listened to, why won’t you let us give you some social authority first, so you have real accountability for other people who might actually need you, personally. Anti-discrimination laws could help you that way. Conceivably a communications policy model based on this idea would only allow "fame" to people who could monetize it (through "conventional" third-party channels and sales-oriented activities) to support others.

It’s easy for me to get beyond my “subjective feminine” polarity and point to corruption. Who wanted to be caught selling financial products when the Collapse of 2008 broke? Sure, it’s an immoral world, sometime (and I remember the closing lines of the movie “Shadow of a Doubt” about “Uncle Charlie”). That may be why the Ninth Street Center experiment that I’ve written about back in the 1970s kept itself south of 14th Street (in New York), and stayed local. But the 70s were well before the Internet. That don’t work today.

Maybe somebody will come up with a futures or "derivative" product to cover the "systemic risk" of online freedom. 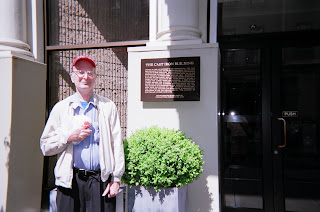 Bottom picture: Where I lived in NYC in the late 1970s, at the Cast Iron Building at 11th and Broadway, near the Union Square subway.
Posted by Bill Boushka at 10:51 AM