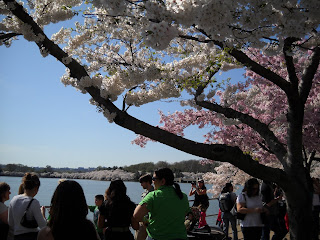 On the NBC Today show on Monday April 5, 2010, there was a report on a new website called “Unvarnished”, which appears to have the domain address here.


The site says it invites reviews from the public about other professionals, which the media is representing as reviews about other “people.” If you log on, the site invites you to connect with Facebook, and then sign up to be in a queue to log in, so it appears.

There are, of course, a plethora of websites to review restaurants, books, movies, professional services, and especially medical professionals -- so potentially disturbing that some doctors require their patients to sign “gag orders”. Some of them are logically built into bigger e-commerce sites like Amazon and Ebay and thought to be managed with reasonable control.

However, there is criticism of this new site that it would allow anonymous defamation of anyone, without any possibility of facing the speaker or even taking legal action against the defamer. We can leave speculation about subpoenas for IP addresses of anonymous speakers for litigation for later – but based on all the copyright lawsuits lately, it’s easy to imagine how it could get complicated legally.

MSNBC broadcast the story to Dell computer owners this evening with the scare banner “Site lets you ‘rate’ others anonymously.” Doesn’t sound like it comports with the Golden Rule. Typical criticism appears in a piece by Will Buchanan on Monday April 5 in the Christian Science Monitor, link here.  The title of the article is “Scant praise for Unvarnished, a website for reviewing people: Unvarnished, a controversial new 'people review site,' allows users to anonymously publish critiques of others' workplace performances. Critics cite concerns about defamation and libel.”  There are various criticisms about the interface with Facebook, with probably constructive opportunities for Facebook to enforce more controls on its end.  It sounds urgent.

Internet security expert Parry Aftab suggests that the site needs much more control to make sure comments are legitimate.

Would employers believe “rumors” spread by anonymous posts? Some people fear that it is only human nature that employers would. It will be interesting to hear how Michael Fertik, CEO of Reputation Defender, comments on this site in the coming days.

As a “blogger journalist”, I signed up for the queue, to find out how it works. Sure, you say. But I do not write anonymous comments about people anywhere, and in fact I do not review individual people who render services anywhere (with my own name, with a pseudonym, or anonymously), because if I did, it would hinder their working with me. (How many people really get this? Well, if you're anonymous you're not famous and anonymous speech is a constitutional right, isn't it?) I do review movies, books, TV shows, plays, and music compositions and concerts, but from the point of view of the “issues” that the content raises; I don’t give them “stars” ratings on my blogs. (I do give “star” ratings on Netflix to movies when prompted, but this is obviously legitimate “generalized” public feedback about the quality of a product; it cannot possibly harm any individual’s personal or professional reputation in the sense that we are concerned about here.)  I;ll add that I once "accidentally" "defamed myself" in a complicated incident when I was substitute teaching (this blog, July 27, 2007) -- because I was trying to make a "political point" about free-entry speech itself!

I do remember a sermon at All God’s Children Metropolitan Community Church in Minneapolis some years ago about the ethical folly of “measuring people.” (Actually, I talked about that this in my first posting today and on several preceding ones, at least indirectly.) I do have a “people database” in my own mind (Ok, that’s sinful), and maybe there are numbers in its imaginary rows and columns, but I do not “measure” or “rate” people in public online postings!!  If there exists an online database that gives every person a FICO-like "worthiness" score (or a "Public Station in Life") based on the opinions of others, political leaders could some day use that for very evil purposes indeed; history has shown us this already.

Just Sunday, the Washington Post implemented a new policy to rein in on anonymous "troll" comments on its own site ("Online readers need a chance to comment, but not to abuse",  by ombudsman Andrew Alexander, here).

This whole subject can take us further into “dark energy” territory with hypotheticals about unbounded risks. I welcome comments (monitored), especially about any controls that the media hasn't bothered to report: this is the first day that I've heard of the site. We’ve discussed that before in connection with media perils insurance. Stay tuned. This whole topic is bound to grow very quickly, like Audrey in the Little Shop of Horrors. 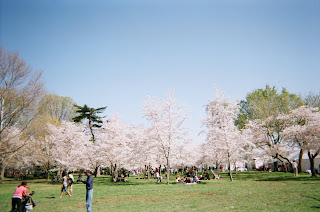 Time Magazine has an article by Dan Fletcher, "A new website for taking shots at your boss", but the HTML title says that the site is for "rating coworkers."  The cofounder Peter Kazanjy says thar the site has controls through Facebook and that anonymous defamatory speech could be tracked back to Facebook.  The link is here.  It would seem that companies would need to address sites like this in drafting "blogging policies".  There's more to come.
Posted by Bill Boushka at 5:39 PM

Good website! I really love how it is easy on my eyes and the data are well wrisbobet
+tten. I’m wondering how I could be notified when a new post has been made. I hsbo ave subscribed to your RSS which must do the trick! Have a great day!