A shift in direction; what would going back to work mean? 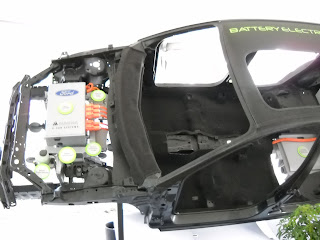 On Tuesday April 27, I expect to start a short-term job, which could lead to opportunities long-term.


Obviously, that may mean that I will have less time for blogging and keeping up with “all the dots of the news.”

I will have to sign a confidentiality oath. That is nothing new; practically all jobs worth anything require protection of bona fide work-related confidences about stakeholders. In this case, there is a theoretical potential that a “general impression” gotten about some politically relevant issue on the job could actually compromise a person’s privacy in some unusual circumstances. Therefore, I cannot discuss anything, even if it seems important, based on information obtained on the job until the employer actually releases it to the public at some time in the future.

Even so, that is not in itself new. There are already several matters, some back from the 1990s, where I am not free to disclose certain things, even though these “things” could conceivably buttress one of the many political arguments that I make (about so many things – “so many dots”). I suppose that one “solution” would be to get money for a film. In the movie industry, you pay for script clearance, where lawyers go out and clear not only copyright or trademark matters but, in documentary or docudrama film, get legal permission to make various sensitive and sometimes previously confidential disclosures. It’s a process that works.

However, as far as I know right now, the confidentiality oath is the only thing I will have to agree to. I’m not aware of any pre-publication review policy (to which I probably would agree to at some point with some jobs) or any policy against “gratuitous publication risk” associated with search engines and “everyone” options in social media or publishing services. But, as I have indicated, some of these matters could come up in the future.

At some point in the future, as I have indicated, I do expect to restructure my web presence, eliminating redundancies, strengthening the label collection process for book and movie reviews, stressing “big stories” for blog entries and using Twitter or other microblogging on social media just to call attention to the breaking news of others.

I f things somehow change, I will let “everyone” know.  I am "almost" 67, supposedly "fully retired."
Posted by Bill Boushka at 3:15 AM