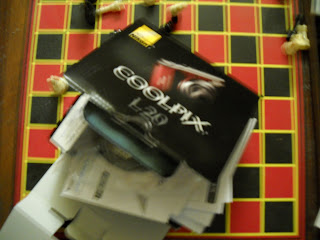 Search engine technology on the Web really took off around 1998, and by mid 1999 it was apparent that the “free entry” ability of ordinary people to “publish” their comments (either on their own websites, applications like Hometown AOL, or forums) could create “disruptions” in the workplace, as well as pose a hazard to minors.


The latter concern led to COPA and its subsequent litigation (covered in another blog “Some Approaches to Filtering Labeling Internet Content) and its ultimate nullification in the courts.

The former concern started to grow, however, especially as blogging (as such) took off around 2001, leading to some notorious firings, such as (in 2002) that of now mommy blogger Heather Armstrong (leading to the creation of a new verb, “to dooce”). In 2002, some web essayed arguing that employers needed to develop “blogging policies” appeared (Nancy Flynn would propose this in a book “Blog Rules” written for SHRM and the AMA in 2006, rather late). But as early as the spring of 2000, I had started writing some pieces explaining my concerns about this. I thought that people in certain kinds of jobs probably should not blog on their own at all. Generally, there were jobs involving direct reports from subordinates, evaluation of people (giving grades, deciding if customers met underwriting criteria), speaking for your employer publicly (that is, K-street public relations or lobbying jobs), or jobs in “fraternal employers” which existing to advocate the interests of a target customer group in a publicly adversarial or partisan manner. I thought that the only alternative was “censorship” by employers – restricting the subject matter that one could blog about amounted to censorship (a concept known from the COPA trial). The underlying issue was not “content restriction”, but unsupervised publication of any content. I wondered if distribution (apart from speech) could be construed as a “fundamental right”.

Some of my concern stemmed from my own history, where I wrote a book dealing with gays in the military back in the 1990s while working for a company that sold life insurance to members of the military, as one of its businesses. I had vetted this with HR as to whether it was a “conflict of interest” and two or three points did come out of the “what’s in the box” discussion: I was an individual contributor, I didn’t make underwriting decisions, and publication of content (any content) did not constitute a conflict of interest with insurance as it is normally regulated.

In 2004 or 2005, however, social networking sites and social media became significant (“Web 2.0”), enriching, if not complicating, debates about free entry. Although social networking blogs and wallpapers could be searched, users were gradually encouraged to use privacy settings (how effective they are is a matter of controversy) and emphasize sharing material with people they know. Even so, many people (even “responsible” college students and media professionals) have lists of 1000 or so friends, and it isn’t possible to “know” that many people well. In practice, comments made on social networking sites or even cell phone texts and emails have led to disputes and consequences to “online reputation” without the intervention of search engines. The Dr. Phil show has made this point many times (“Internet mistakes”). Digital records can last forever.

On February 8, 2010, I surveyed (on my COPA blog, mentioned above) the issue of “prepublication review” policies that many government employers have for civil servants, members of the Armed Forces, and contractors. (For the military, “don’t ask don’t tell” is an immediate complication, isn’t it.) It would appear that “prepublication review” could become an industry accepted concept or process, not viewed as “censorship” as viewed by the world of COPA.

Prepublication review could consist of an examination of what the blogger intends to write about, particularly with respect to whether it could even accidentally disclose trade secrets or confidential or even classified information (by aggregation, for example), and a review of a reasonable sample of what the blogger has already posted. It could be done by an outside company, perhaps in the “reputation defense” business. It could be seen as supervisory in nature, much like editing of books or periodical articles in more conventional trade publishing in the past.

Companies should post blogging or pre-publication review policies in a conspicuous place online for job applicants and current employees and even contractors to see. The areas of greatest concern would generally exist with management employees, those who make discretionary decisions, and who speak for the organization or the client. (For example, if your job was to act as the spokesperson for the health insurance industry – as in PBS’s film “Obama’s Deal” -- you wouldn’t want to criticize private health insurance – and this observation is an indication of the profound ethical implications of this kind of issue regarding free speech (with free distribution) and the workplace. )

Care should be taken, however, in defining “management employee”. Would it include an assistant manager in a fast-food place? I doubt it. What about a sub-manager “project leader” in an IT shop? Probably not, unless the “project leader” signed off on performance appraisals. (But in one company where I worked in the 1980s, a “project leader” did just that, whereas a “group leader” did not; every organization has its own terminology in the HR area.)

Care should be taken with contractors who work at client sites, whose own publicly searchable material could distract clients. Employers might fear that some people would take jobs to "report on them" or write about them after quitting (the "Food Lion" problem from the 1990s).

These concepts probably don’t apply to domestic or household employment, but "self-publishing" people who hire for their homes probably should go through third party agencies rather than hire themselves, to reduce the likelihood of potential conflicts.

Picture: not one of Ashton's cool pix.
Posted by Bill Boushka at 7:44 AM