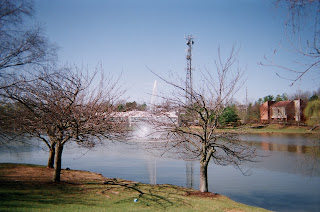 Campus and local police at James Madison University in Harrisonburg, VA (in the Shenandoah Valley, 100+ miles north of VA Tech), raided a campus newspaper (“The Breeze”) office to get photos of a campus spring break party that led to arrests.

Arlington VA station WJLA (ABC 7) claims to have a scoop on this “star reporter” story (by Malachi Constant), with link here.

There is disagreement as to whether police violated the “Federal Privacy and Protection Act”. The Act says “it shall be unlawful for a government officer or employee, in connection with the investigation or prosecution of a criminal offense, to search for or seize any work product materials possessed by a person reasonably believed to have a purpose to disseminate to the public a newspaper, book, broadcast, or other similar form of public communication.”

I know some students at JMU and I do not believe anyone I know was involved.

The Breeze has its own version of the story by Aaron Koepper, here. (Another url "thebreeze.org" doesn't seem to work.)

I believe the Act is USC 552, here at Cornell Law. The Wikipedia reference is Privacy Act of 1974 here.

Is there also a Fourth Amendment (unreasonable search and seizure) issue here?

The irony is that James Madison, after whom the school is named, is seen as the "father of the Constitution". 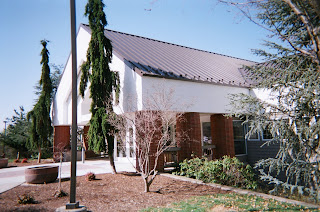 Pictures: from JMU campus (not necessarily involved in incident), from my own brief visit in March 2010.
Posted by Bill Boushka at 5:18 PM