Before you know "how" you must know "what": the three pillars of a new social covenant (and "do ask do tell") 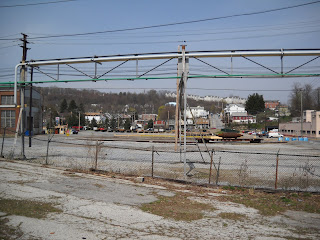 So, what do I want to “accomplish” with an effort to make a film out of my “do ask do tell” materials?


One icepick in my mind is the idea that, yes, at times, others disrupted my capability to have the kinds of (consenting adult) relationships that I wanted, and to pursue the expressive career ends that I believe best suited for my abilities and temperaments. You can talk about forgiveness, but first, I think I want to figure out, “what did they want”? It’s like that “handwriting on the wall” in Stephen King’s miniseries “Storm of the Century”: “Give me what I want and I’ll go away.” So “what” is it?

There are two particular incidents in my life where this happened (described on this blog July 27, 2007, regarding the Teacher Reputation Panic of 2005 and Nov. 28, 2006, describing the William and Mary Expulsion of 1961), and each incident is a bit like a mystery in an Alfred Hitchcock movie. They are bookends that lead to a couple of the leading “political thrusts” in my life: my involvement with the “don’t ask don’t tell” issue regarding gays in the military, and with Internet censorship (the COPA trial) and later reputation issues (the July 27 post above). There are a couple of “going down” periods in my life that link to “what they want”: the period where I transitioned out of graduate school to becoming an E-1 soldier in Army Basic Training in 1968 (when we had the draft – hint!) and later in 2003 when I drove away from my interesting life in Minneapolis to deal with family issues (a more subtle hint).

I gave some more hints about this in recent blog posts on March 21 and March 24, 2010 (sandwiched around my quick trip to Virginia Tech).

All of this leads to a proposition that we might redesign the “social contract” (or even “covenant”) of what citizenship demands of everyone in a sustainable society. That “covenant” would have a few properties:

(1) Entropy: There is now way to have individual and social freedom and perfect “fairness” or absolute “justice”; if you want perfect self-righteousness, join the Taliban.

(2) Community: This is the notion that people are able to link themselves to ends greater than themselves (often through the family, and not just “the natural family”). This connects pretty well to “sustainability”.

(3) Justice. Yes, in a certain zone, equality before the law matters. But justice in a deeper sense means that all people pay heed to the sacrifices of others that otherwise go unseen. People act as if they are more willing to commit themselves “outside of themselves” when they knowor at least believe that others will do the same (the “anti-Prisoner’s Dilemma”) and when the “rules of engagement” make sense.

Does this correlate to “gay rights?” Well, it overlaps a lot, doesn’t it. But there is no reason why (2), especially, could not exist in a world that accepts same-sex marriage and adoption (Jonathan Rauch’s “win-win”) and that lifts “don’t ask don’t tell”, not just from the military but our social relations on a larger scale. Gender-related variation is a part of nature.

What I really do pick up on, is that “family responsibility” doesn’t wait for the individual to make a particular “choice” (to procreate or “risk” procreation), and that the commitment (and "covenant") of marriage confers not only responsibilities but the effective powers to confer responsibilities to others who don't make the same choices. Indeed, the modern world offers a somewhat vulnerable alternative but very expressive opportunity for those who don’ have their own children or even want them; but there is a risk that we make it too difficult for people to make and keep the commitment to have them; Longman’s – and Vatican -- arguments have some validity. When you stick your neck out and make yourself known as a “global citizen” people want to see you responsible for specific other people. That seems like a big clue as to what is going on.
Posted by Bill Boushka at 7:57 PM

Labels: my history as a substitute teacher, rules of engagement, WMexpulsion