Are married people really healthier than singletons? Well, that depends. 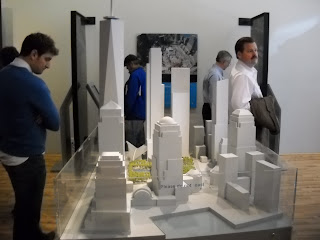 Tara Parker-Pope has an interesting piece in the New York Times, reproduced today on MSNBC, “Is marriage good for your health?: What research shows about connection of relationships, physical well-being”


The link is here:

Conventional wisdom, that married people are healthier, goes back to a 19th Century study by British epidemiologist William Farr, who compared the married, the never married, and the widowed (not sure how divorced was counted, as it was hardly socially acceptable during Victorian times).

More recent studies have pointed out that the quality of the marriage matters. A bad relationship is worse for health than no relationship. But it’s true, married people have less dementia and heart disease until well into old age, which can mean statistically that the caretaking for these problems winds up on adult children (including the childless).

Even now, studies don’t take into account gay marriage. But same-sex marriage proponent Jonathan Rauch had written back in the 1990s, “a single person is an accident waiting to happen”, and conservative author George Gilder had, in his 1986 book “Men and Marriage”, had extolled the need of most men to be responsible for someone they are legally committed to (while he extolled “the sexual constitution of our society” during the era of the Moral Majority). Remember the 1955 classic Oscar winner "Marty" where so much pressure is placed on the bachelor to get married, to please his family?

Studies also don’t take into account individual personality variations. Some people seem genetically programmed to remain solitary (more or less like most cats), and do much better if left alone. In fact, human beings, compared to almost all other mammals (including other primates), are remarkable because their need for socialization is itself so variable. Most artistic accomplishments occur when working alone.
Posted by Bill Boushka at 7:16 AM