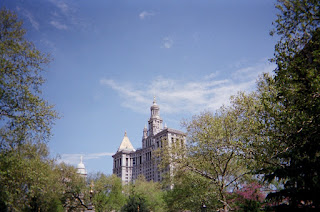 An article on AOL this morning warns that some insurance companies will charge homeowners or renters higher premiums if they use social media online. The article is “Never say this on Facebook or Twitter” and the problem of burglars targeting people based on their announcements that they are not at home was covered on my Internet Safety blog on March 26, 2010 after an incident in Indiana.

The AOL Discover link is here. One wonders if the posting is even in AOL's own best interest (but it's no longer a social media company, since it stopped Hometown AOL a couple years ago).

A corollary of the story would be that announcing one's work schedule online could be a security threat. But if the typical job is weekdays "9 to 5" that "threat" covers almost everyone.

The article mentions Legal & General Insurance in New England. The website is here and doesn’t mention such a policy. But the article says that Legal will charge parents higher premiums even if their children are online. Really? It’s perfectly legitimate to be online, even to do homework! (What about those AP classes?)   How would they set premiums, by the number of Facebook friends or volume of blog posts or tweets? The company reportedly is concerned that even legitmate online photos show how much a person owns and could attract unwanted attention. (Well, remember when women showed off mink coats in the 1950s?)

One obvious question: since social media use is so ubiquitous, among people under 65, probably, is this even a reasonable policy? Listen to Tory Johnson on ABC. You practically have to use social media (constructively) to find a job!  There is, of course, a good question about how you manage your "online reputation".  People who "responsibly" use professional networking sites liked LinkedIn are still potentially tipping off people where and when they work, and might not be at home (or even might be out of town).

One security measure that homeowners could take is to publish only a mail box (like UPS Store) address online and receive mail there. It’s possible for people to purchase “intelligence reports” on people from data brokers, however.

Another question would be how effective home security systems can be against determined intrusion, and the architecture of a home.  High rise apartments (as in large cities) are generally a lot safer than detached homes or garden apartments with many windows (especially secluded windows) and especially sliding glass doors. Many homes were built before home security became a big issue, or were designed carelessly from a security point of view. On the other hand, people living in gated communities would be safer.

Articles like this raise deep questions about the integrity of our systems. Should insurance companies discourage people out of using their First Amendment rights out of a fear of “bullies”? That seems too go to the core of our idea of freedom. Yet, it shows how deep the social tensions in an individualistic society can get; you hone in on one problem (discrimination against groups) you have new ones (inequality among individuals).

A logically related question could be, would landlords worry that a person's social media activity could attract security problems to the premuses?

There's another social issue here: people can become "famous" (even legitimately, not just with silly online posts) without competing socially in the same manner as in the past.  That attracts anger or indignation from some people.
Posted by Bill Boushka at 6:57 AM