Another note about "The Moralities" (also: blog comments policy) 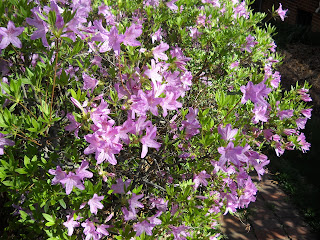 Here’s a quick note on my comments policy. Sometimes I see only the beginning of a comment (in the dashboard) and approve it, and then when it is posted that down in the comment is something inappropriate from a TOS point of view. Tonight I removed one (right after posting) which tried to encourage visitors to engage in unethical or non-TOS-compliant behavior for money, further down in the text. I guess I have to read these entirely, to stay in good standing.


Comments should have a reasonable relation to the blog posting (selling something is OK but it should have something to do with the blog) and be in English or in a major European language.

Just another note. Thursday I wrote one of my tomes on “morality”. One of the early drafts of my first “Do Ask Do Tell” book had contained a chapter called “Morality’s Third Normal Form”. I had written “A moral theory and associated public policy centered on individual liberty and personal autonomy must be predicated on holding everyone accountable to their promises, to their “contracts.” That sounds like “Morality 2” in my piece Thursday. I had related this back to the “Honor Code” principle stated by former midshipman Joseph Steffan’s book “Honor Bound” on his experience at the Naval Academy, where he had written “Personal Honor is an absolute; you either have Honor of you do not. No one can take it from you; it can only be surrendered willingly. And once it is surrendered, once it is compromised, it can never again be fully regained.”

One can expand further and get into the subject of integrity, which has to do with the consistency of one’s underlying motives. I see that I wrote in Chapter 5 of my first “DADT screed” : “Honor is more than just honesty or its masculine analogue (in Rosenfels), courage. It seems to imply zero tolerance of dishonest acts by one’s peers. Integrity is an even more inclusive term. Stephen Carter writes, “Integrity requires three steps: discovering what is right from wrong, acting on what you have discovered even at personal cost, and saying openly that you are acting on your understanding of right and wrong.” One can be honest or courageous, but for the wrong, self-serving motives” (Carter’s reference is The Insufficiency of Honesty,” Atlantic Monthly, February, 1996, pp 74-76/)

The integrity concept comes into play in understanding “Morality 1”. People will sometimes feel that they get a psychic reward from making and keeping a commitment if they know that others must do the same, giving their experience a public “meaning”.
Posted by Bill Boushka at 8:54 PM