Companies, wary of their online reputations, enlist PR firms to work with bloggers and tweeterers 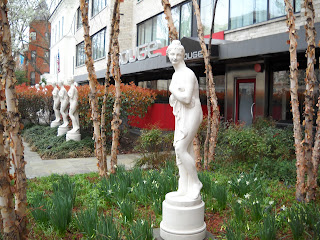 The Washington Post this morning (Monday May 29) reports on the increasing interest that public relations firms (e.g. K Street in DC) have developed in the world of “amateur” online reviews and probably blogs and tweets, in a story by Michael S. Rosenwald, link here The print title of the story is “PR firms find fertile ground in world of online reviews” but the online title is more telling “Reputations at stake, companies try to alter word of mouth online.”

The story discusses the site “Yelp” (link), which, like Craigslist, is set up for each major metropolitan area. I didn’t see movie or book reviews there, perhaps because there are so many other sites that offer them. There is an emphasis on review of various kinds of customer service. I’ve covered before the concerns especially in the health care community, that “amateur” reviews (even anonymous or pseudononymous) could unfairly damage the reputations of providers, and the practice of requiring “gag order” contracts. I wonder how this could work in the areas of apartments and leases.

But the main thrust of the article is the various ways some companies find to do hidden advertising in tweets or other user generated content items. The Federal Trade Commission, as reported before, is requiring bloggers to provide notice when they were provided compensation or free samples for reviewed.
The article discusses a company in Arlington VA, “New Media Strategies”, which describes itself here. Check its blog. I believe the company has appeared at Digital Media/Potomac Wire conferences at Tyson’s Corner in recent years.

As the kind of person I am (I could borrow a composer’s phrase “shy and mighty” – see my drama blog March 27) it’s hard to fathom hiring people to mold a public image when I can do it myself. Even the military services have public relations departments (bruised in the era of “don’t ask don’t tell”) – I once knew a Navy man who worked in it.

Note: On some of my blogs (including this one), images are not displaying because of technical issues. On others it still works. I'll let everyone know when resolved. The problem occurred in the Blogger and Picasa environment shortly before 1 PM EDT today.