The choice of consenting adult significant others is seen as a "fundamental right"; how about the "right to reject"? 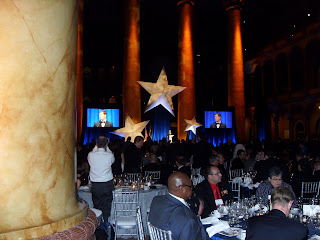 Something big strikes me about all the pieces of philosophy, in the way the chards of the “culture wars” fit together.

The individualist insists that his own dignity depends on the absolute right to choose what other consenting adult to love, and the absolute right to reject a relationship with anyone beyond the scope of his actions. This has been posited as a "fundamental right." He is responsible for his children because of his actions, but he is not necessarily responsible for other family members outside of his choice.

A problem comes about when technology gives the individual the capability to reach a global audience with no supervision or need to have responsibility for others. Under these circumstances, the “right to reject” might come across as contempt, and set up a social climate eventually facilitating totalitarian changes. Despotism, ironically, can come about when individualism is used to promulgate absolutism, to defend the individual from unwelcome intrusions from others. Of course, we’re much more familiar with how authoritarian political systems come about from conventional tribal, religious, national or familial power struggles. But they’re not the only way. So when an “individualist” becomes publicly conspicuous, others may want to dare him into previously unwelcome interactions with others, and bring him back to earth. (Here, I use “him” as “him and her”. I wish English had a pronoun meaning that, other than the neutered “it”).

That brings us back to “family values” and the ideas around the “natural family”. Within the family unit and even the extended family, there lives an apparent antithesis of individualism: the individual is expected to incorporate some of the family’s goals as his own, and remain flexible in the deployment of his own emotions toward others on the basis of need, first in the family, then in a larger community. (Alternatively, this means seeing oneself as part of a group rather than as an individual "standing alone".) Fitting into this is not only eldercare, but what Philip Longman describes as the obligation to heed the needs of “other people’s children” – as in a situation where someone, currently childless, is suddenly expected to raise a sibling’s children after a tragedy; this responsibility was not created by a voluntary choice in the libertarian sense. A loose term for this expectation might be “generativity”, an automatic psychic investment in other generations. This was part of our moral compass at one time; will
Posted by Bill Boushka at 8:33 PM