Well, maybe I'm an abductee now: what it's like on another habitable planet with a civilization 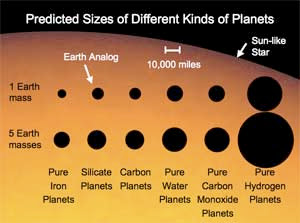 Well, it’s the height of conceit to shout “I have a dream,” perhaps. But last night, I had, perhaps, a visitation.

I thought I was in a strange community of bed and breakfasts, a campus of little brick-like buildings surrounded by lush purplish and bluish vegetation, in a damp, moist climate with outdoor temperatures about like those of spring in Britain. The sky was greenish yellow. We (mostly middle aged and older people, among younger staff) were living in group homes and not allowed to go to the “City” without permission.

I asked a particularly tall man where we were, and he confirmed my suspicion. “You’re on another planet.” It was not possible to tell from appearance who was from Earth and who was local.

To get to the City, you eventually got on a tram that took you into the forest, under a hill through a tunnel, and into an underground shopping mall. We were told that the outdoors looked a bit like Dubai, but I had trouble walking up into the sunlight. It seemed that gravity had increased when we got to the city.

The dream started after 3 AM and I woke up at 7:30 AM, my heart racing. Maybe this was dangerous; maybe it was REM sleep. When you are falling asleep or waking up, sometimes your brain gets separate from your ability to move, and you feel temporarily paralyzed. That’s normal. But as for the content of the dream, we know that many habitable planets are likely to be near smaller stars, called M stars, and it’s likely the colors other than green would dominate photosynthetic plants, because the spectral distribution of light from the star would be different. It’s also possible that many such planets would have very slow rotation periods, and maybe constantly face the same side toward their “sun”.

Somewhere the word “weakless” came out in the dream, and in one sequence I was substitute teaching in a chemistry class in one of the family group homes. It seemed that this world didn’t have the weak force, so there were no heavy elements above iron (and no nuclear weapons); habitable planets were near their suns, which had to be small. Inhabitants thought they were better off. Humans from a universe with the weak force could get here through a black hole, but supposedly humans brought up on this alternative universe couldn’t survive on Earth, with very few exceptions – “the ‘gods’”.

There were no electronics in the home and no Internet. Instead, there was an organic grid supporting telepathy, much as in the movie “Avatar”. Thoughts and feelings could not remain private any more that Facebook profiles could on Earth.

Maybe the dream was influenced by Clive Barker’s 1991 novel Imajica, and the area resembled the Fourth Dominion, with the city being Patashoqua. (Sounds like it should be the name of a town in upstate New York to me.) The navigation of a black hole is given the name "reconciliation" in the novel; one crosses the "In Ovo" to go to other parallel universes based on unseen dimensions (as described by physics in string theory).

This dream was one of the most vivid in my life. It convinced me “the truth is out there.” I just don’t believe you can be abducted from your own bedroom and returned so quickly.

Actually, now that I think about it, the place seems like a temperate version of Singapore, probably with an authoritarian culture. Democracy with individual rights as we know the concept is likely to be quite rare among civilizations across the universe(s). It takes a lot of socialization for a culture to be stable.