Students get suspended for off-campus Internet speech from their own home computers! 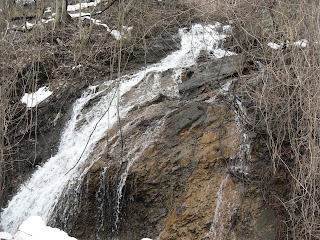 There have occurred apparently numerous instances where students have been suspended from public schools for comments (often about teachers) online (especially on social networking sites like Facebook) from their own computer at home.

A student in Oak Forest High School in Oak Forest IL was suspended for creating a Facebook “fan page” criticizing a particular teacher and apparently calling the teacher names. State KARE in Minneapolis has the most recent story here. Parents want the suspension expunged and the ACLU says they may have a First Amendment case, but school officials want the student to take an anger management course.

And the New York Times has a February 15 story by Carmen Gentile indicating that a federal judge has ruled that a south Florida (Pembroke Pines Charter High School) student can proceed with a lawsuit after a principal suspended her for criticizing a teacher on Facebook. The link is here.

And Amy Cowman has a story for the Fox television station in Memphis TN about a student suspended for 180 days for something he wrote about another student on his home computer, link here.

This blog discusses a case from Indiana in an Oct. 31 posting.

And obvious and related issue would be suspending or firing teachers, when they are public employees, for off-the-job Internet postings from home. I had an issue as substitute teacher in October 2005 which I discuss in great detail on this blog with the July 27, 2007 posting. (Subs are not as likely to be searched from home or made the "targets" of websites as regular teachers, but I know that I must have been on a particular school's radar screen before I took the Oct. 2005 assignment.) Anyone concerned about these cases is encouraged to read that posting in detail. I do welcome comments on the legal or ethical questions, and can respond by email in private if someone involved in one of these new cases wants more of a perspective.
Posted by Bill Boushka at 4:21 PM

Labels: my history as a substitute teacher, stuteach speech