Privacy and email communications: there is a mix of cases now: our expectations become a 4th amendment question 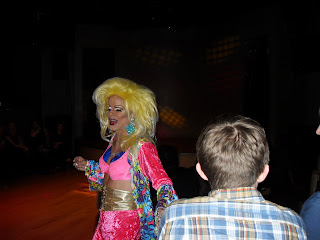 In the March 2010 issue of PC-World, Erik Larkin has a perceptive article “Will cloud computing kill privacy?” of which there are many copies on the web, such as here.

Erik points to a district court ruling from Oregon last summer, in a case called generically “In re: United States” in which a particular judge Mosman ruled that the government does not have to provide a copy of a warrant to the Internet user to read all of its emails on a server, because the server is essentially not part of one’s “home”. A PDF copy of the opinion is available at WSJ here.

Andrew Dat has a sarcastic lawblog entry on this from Nov. 2, 2009, “E-mail: It’s fast, easy, and now unprotected from unlawful searches” (under the 4th Amendment) here.

There is plenty of other activity. There was a complicated case in Ohio, Warshak v. United States, well documented by Volokh here.

On Nov. 2, 2009, Jennifer Granlick at EFF discussed Warshak in comparison to United States v. Cioffi (in New York), where apparently the court agreed that the search could be limited to items related to an alleged infraction of law, link here.

We come back to the conceptual question about what we expect in privacy. Google CEO Eric Schmidt said in a CNBC interview “if you have something you don’t want anybody to know, maybe you shouldn’t be doing it in the first place?” (YouTube excerpt from CNBC here: (Also check the Huffington Post, Dec. 7, 2009, here, for story on remark).

That stirred the pot. The remark doesn’t work for medical data, or for someone in the US Military hunted down by “don’t ask don’t tell”.

In my case, I am public about broader things that I engaged – including events that affected me (such as being thrown out of school for being gay in 1961) and “causes” that I engaged – such as overturning “don’t ask don’t tell” or COPA. Some people feel that this has an effect on others – such as family members – I am drawing attention to the fact that I don’t provide for other people in a “conventional” way. On the other hand, I jealousy guard personal privacy at home, in a personal sense. I don’t want anyone going through my stuff. And I’m careful about items that could create security threats or identity theft. By the way, a moderately well-known person is not as convenient a target for identity theft as a totally private person, so privacy works both ways. And someone with computer and web skills can easily keep an eye on things
Posted by Bill Boushka at 6:29 AM