A "Modest" (and dangerous) "thought experiment": the return of the Natural Family? 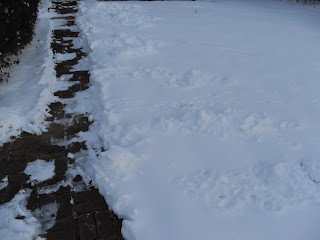 Here’s another “modest” thought experiment. Suppose we change the constitution so that only heads of households with dependents vote. The “patriarch” (or maybe matriarch) would get as many votes counted as there are people in his family, as long as everyone else was dependent. Okay, single adults might be allowed to have their votes count as one until age 30; then they would have to have dependents. Elderly parents or disabled adults would count as dependents. There would be no public safety net; families would take care of their own completely.

Perhaps the thought experiment goes further. You don’t have your own Internet site unless you have dependents (that is “responsibility”). You can’t even have a mortgage. And so on. Perhaps these are the "rules of engagement" on Pandora, or other planets 30 or 40 light years away with advanced civilziations. Authoritarian and communitarian social systems are probably pretty common throughout the universe. Oh, yeah, these systems invite feudalism, slavery, all kinds of macro abuses -- but they are "stable" -- families take care of their own.

There is a certain component of our culture that would like to see things work that way, in practice and beyond the realms of sophistry. The logical endpoint of the “natural family manifesto” that I reviewed in the books blog (Sept. 18, 2009) (book by Allan Carlson and Paul Mero).

The “natural family” movement regards the family as the granularity of society, not the individual. Within the family, individuals are supposed to function only for the mutual benefit of the family, according almost to the Marxist motto about abilities and needs. But all this originates with the “natural” complementarity of men and women that used to be much more evident and essential than it seems today. In earlier eras, men really did have to “protect” women and children from external physical threats (at least much more than in Western society today), and men took considerable risk in doing so (as in military service). Women bore their own risk in childbearing, which is one reason why being “protected” was so essential. Today, we know that gender equality and interchangeability is evident (and viewed as socially and politically essential), because technology and higher standards of living have made this possible.

However, the “family” also accomplished a more subtle purpose: mediating and directing the emotional commitments among its members. As in Rosie O’Donnell’s recent HBO film (my TV blog Jan. 31), a family consists of people, not always blood related or based on opposite-sex marriage, where “love goes all the way”. It’s the parents who have both the power and responsibility to socialize their children into experiencing this kind of love, which extends into adulthood and which is supposed to make their children’s commitments to their own marriages possible (but the idea that it accounts for transmitting heterosexual complementarity is very questionable, to say the least, given increasing evidence of the immutability of sexual orientation). Yup, parents have the power to nudge their kids into learning to love the people who need to be loved -- to make emotional attachments based on complementarity rather than narcissistic reflection. Within the family, the love is supposed to mean that the family members put the welfare of others in the family, based on need, above fulfilling their own individual purposes (the “it’s not about you” stuff from Rick Warren), without the sense of personal “sacrifice.” To some couples, the meaning of their marriages is enhanced by the belief that they are socializing their children to meet the family’s ends. Parents often expect older children to be able to take care of younger siblings, or even to be able to raise siblings’s children after family tragedies. Family responsibility is partly communitarian, and doesn’t always wait for “chosen” behaviors (sexual intercourse producing babies). Parents also expect that their children will personally take care of them in old age, and that unmarried adult children will be the first to step up to do so.

Proponents of this view of the family often view single and childless people as shirking moral duties to their families, living off of the unseen sacrifices of others, and as undermining the motivation and stability of marriage as a whole. This view of family values maintains that adults who don't have family responsibility (by choice, or later by having it assigned to them) should keep a low public profile, and they also tend to believe that if everyone follows this ruleset, marriage will be more exciting for most people who then make marital commitments. The idea that everybody "plays the game" and that there are no kibitzers helps make this outlook work; it seems to provide a sense of "local equality" because "nobody gets out of things", such as sharing risks. That’s not a worldview that gets expressed in the major media today very often, as a much more individualistic view of morality, based on “personal autonomy” or “individual sovereignty” has evolved since the mid 1960s. Psychologists make something of this when they characterize as abnormal the “schizoid personality” which likes to stay in its own inner world (sometimes imbued with a lot of fantasy) and avoid emotional interactions with others (other than those who are carefully “selected” in a “creative” sense) particularly in the extended family setting. But this characterization seems as much based on the interpersonal needs of the more socialized family members as on the duties of the supposedly “abnormal” excessively introverted or secretive persons who have withdrawn into their own worlds. However, the childless (especially when they are also male homosexuals) are sometimes viewed as expressing hostility to others for demanding

Population demographics will make the “natural family” concept more critical. Medicine is extending lives of elderly parents and sometimes non-elderly disabled family members, but the capacity to do so may be challenged not only by lifestyle habits but also by the willingness of other family members (especially the childless) to “sacrifice”. Medical practice now may be creating a half generation of dependents, creating a social issue with a moral context previously not imagined; this can only otherwise be countered by medical practice that can prevent or counteract disability altogether.

In a modern individualistic society, most discussion about “morality” concern responsibility for chosen actions, particularly bringing children into the world (especially accidentally, as with teen pregnancy). But the “moral climate” that I grew up in during the 1950s was much broader, and emphasized becoming socialized to step up and share common duties, particularly according to gender, and especially when entailing the risk of sacrifice. Today, we see a new kind of debate about the “empty cradle”, that the responsibility for childrearing and caregiving can’t be seen entirely in terms of individual choices; some of it may be a duty that all must share. The “moral” side of this problem is just barely beyond the horizon of the establishment media. Paradoxically, it could help buttress the case for gay marriage.
Posted by Bill Boushka at 4:46 PM