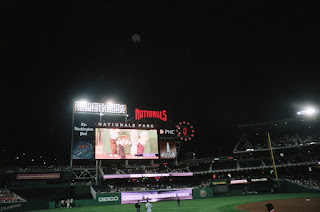 I recall a memo to residents at a highrise Minneapolis apartment, regarding the heating system, where hot water pipes were situated near the outside walls and the sliding glass doors leading to balconies. “When the outside temperature is less than 32 degrees, the glass door must be closed. This is not a request, this is a rule.”

We hear about the concept of “rules” in a lot of contexts. Competitive sports are predicated on seemingly inflexible rules. But in baseball, home teams get to male “ground rules”, the most notable example being that home teams determine the home run dimensions of the outfields. Does that make home run statistics less meaningful? Is a record set in Boston’s Fenway or Houston’s Minute Maid less impressive than in Detroit’s Commercia Park or Denver’s Mile High? More seriously, does the use of performance enhancing drugs make statistics meaningless. Look how strict most sports (including the Olympics) have gotten about performance enhancing substances.

Football also provides some quandaries about the consistency of rules. In pro football, replays (and penalties) focus on the finepoints about the rules of pigskin possession, which often are changed each season. But more important, major rule changes occur sometimes. About three decades ago, pro football moved back the goal posts to make field goals the same as in college, and then adopted the two-point conversion.

So it is with “society”. The libertarian notion is that the free market – along with freedom to contract and the obligation to honor contracts – makes the “rules”. But in time moralists start becoming concerned about the less tangible aspects of morality. Assuming that we generally recognize a notion like “station in life”, we become concerned that some people benefit from the unseen “sacrifices” of others, or that some people start out “ahead in line” of others. Now the free market does tend to provide some adjustments of its own. Every recession (back to the 1970s has come up with implorations that people learn to do “grunt work” (even Paul and Anne Ehrlich, The End of Affluence (New York, Ballantine, 1974 (with a chapter "The New Poor"). We could say that there exists a “free market cultural revolution” with every economic downturn.

Nevertheless, a lot of our politics has to do with macro redistribution of wealth, most notably through the IRS. Or, look at the health care reform debate, where the healthy must accept the responsibility for paying for the care of the sick. Or the emerging eldercare issue, as an outgrowth of “demographic winter”. All of these issues lead to the propagation of rules, having to do with how obligations beyond the scope of one’s own choices will be shared. Of course, they get politicized. They lead to bureaucracies and power structures that can become abusive.

During my own coming of age, particularly up to the early or mid 60s, the idea of shared responsibiliity was much more “personal”. Male-only conscription, with the skewed unfairness of deferments, became one notorious example of compulsory obligations. But all of this leads back further, to the way we were socialized: men and women had different jobs and obligations toward one another, within the family unit, and these obligations clearly existed even before one made the “choice” to engage in behavior that could bring more children into the world. The general philosophy could be called "pay your dues", and it's essential to eliminate "double standards".

"Rules" like this can affect the modern workplace. Many jobs require people to be available to be on-call without direct compensation. Pretty soon there will be tensions over who makes the sacrifice: those without kids?

Indeed, a lot of people saw the “rules” of sexual morality as “absolute” and as dictated by the scriptures of their religious backgrounds, often designed around preserving a "people" as a whole rather than protecting equal rights for individuals. There was a general feeling that if one followed these “rules”, one could in some sense earn one’s station in life, and that gross inequalities (regarding race, religion, nationality, even gender) were the responsibility of political leaders but not of individuals leading their daily lives. What was even more important for many people was that “rules” seemed to give meaning to marital or sexual commitment, and gave married people a reason to keep their passions for one another “in sickness and in health”, etc. If the same rules of morality had to be followed by everyone, then the relationships that mattered became worthy of real passion. But the “rules” affected people who never even got far enough in the process to marry and have children; they might have their own special talents, but they could he held hostage to the heads of families, who could keep them at their disposal to meet other family needs. Open "rebellion", perhaps motivated by different emotional wiring or problems with competing, could be seen as undermining the stability of others in the family. For people living outside the intimacy of close relationships, the “rules” still mattered: they still conferred a context of meaning to all accomplishments. The inflexibility of this moral thinking led to some troubling contradictions: a sacrifice, caused by meeting someone else’s needs, was still a sacrifice, part of one's own individual karma, which sometimes is shared with others (especially family).

Christianity may have a heads up on the other Abrahamaic faiths in dealing with this: generally, Christianity accepts the fact that people are unequal, and need to find identification not just in their own choices, but meaning in their families, communities, and sense of grace. Christian theology has always seemed to incorporate a certain psychological socialism, within the family unit and surrounding community. It allows some individuals to excel -- as individuals, but only when they have learned to meet the real needs of others, which always exist regardless of “choices” that one has made.

So, society still debates its rules of engagement. "Sustainability" could again become as compelling a moral driver as harmlessness or fidelity to contracts. It seems to be migrating back from just responsibility for the consequences of personal "choice" toward a belief that everyone will have some responsibility for generativity, an organic stake in the future -- for being able to take care of others of other generations, before one has enough "station in life" to be heard from. If this sort of moral mindset drives the formation of new "rules" or even laws, it could get disastrous. But it ponders, for example, whether same-sex marriage can impart the sense of family that does take care of people (not just dependent children) and keep society stable. If it can, it may prove that we can have our cake and eat it too: enjoy more creativity, but taking the edge off of hyper-competitiveness that puts so many people down. Our “rules of engagement” may keep changing, but they are still “rules.”

Picture: despite the snow superstorms, it's almost time for baseball. The Nats are supposed to be better this year! They won the last seven games of 2009, including a four-game sweep on the road in Atlanta.
Posted by Bill Boushka at 6:30 PM