Is there something "wrong" with the idea "you can make it on your own"? 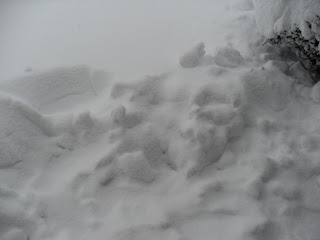 “No man is an island,” John Donne wrote. Yet, the heart of individualism seems to consist of autonomous independence. Modern society gives you the impression you can do everything for yourself and not need others until you want to. It even provides the legal structures.

If you don’t want to have everything you own destroyed by circumstances beyond your control, you get picky about where you live. The safest place would be a modern, secure high rise building in a major city. Generally single family homes are much more vulnerable. But you’d have to stay away from earthquake zones (and wonder about areas where major earthquakes occur every 500 years or so, like New Madrid, or even some areas of the East Coast, even). You’d stay away from coastal areas prone to hurricanes, or from Midwestern river basins, which can flood much more than we realized before. In California, you’d watch for mudslide prone areas, wildfire exposure, and irrigation canal flooding.

Indeed, there are some hazards that we’ve never experienced, like the Yellowstone or Mono Lake supervolcanoes (dwarfing Mt. St. Helens), or a huge East Coast tsunami from a collapse of the Cumbra Vieja volcano and landslide on the other side of the pond.

Of course, there is terrorism – starting with New York and Washington, but probably expanding to softer targets, and more subtle hazards we haven’t thought about much, like EMP or electromagnetic pulse attacks. There exist plenty of unwelcome paths toward “the purification”.

The Internet has offered a lot of us the chance at self-promotion, and with all the cyber dangers, privately run security is much more robust than anyone could have imagined fifteen years ago. That point, at least, supports the libertarian approach to all this.

In fact, there are new tools to protect “what you have” – buy it all digitally (by recordings legally as MP3 files rather than on CD’s) and back it up off site with Mozy, Webroot or Carbonite.

When we get into the “moral” questions, we wonder if “independence” is a phantom. You depend on people who do things you don’t see and wouldn’t want to do – and sometimes political moralists see this as exploitative.

So then the “natural family” arugments come at you: belonging to a family unit and giving it loyalty becomes a moral duty. That’s why parents disrupt even talented kids and make them join in things they don’t want to do. When I was a boy, I simply wanted to avoid competitive scenarios that I was not good at, and pick and follow my goals – and people would come back and say that when I expressed myself or drew attention I was getting back at them, stepping on their toes, or kibitzing, As an adult, do you really have a right to commit yourself to love only when you choose to? It becomes a profound moral question about our humanity. Christianity, especially, deals with the idea that people need to accept interdependence with some moral flexibility; other religions often deal with this need by imposing strict rules on how the family must work.

Still, if we wound up with a world like in the movies “The Road” or “The Book of Eli” or even “Legion”, I don’t think I would have anything to offer. Don’t let it happen.
Posted by Bill Boushka at 9:42 AM