Is the "free content" and "free entry" model for the Web "destroying society"? Are corporations the new parasites? (AlterNet, of course!) 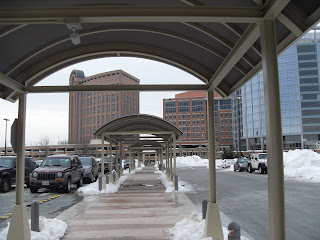 Chris Hedges has an “interesting” AlterNet essay this morning, with the long title “Are Corporations Using the Internet to Accelerate Our Cultural, Political and Economic Decline?: Maybe the internet isn't the panacea it's made out to be -- Hedges argues it has been hijacked by corporate interests and it's destroying our society. “

Hedges talks about how the big “evil” corporations make enormous profits out of aggregating the “free content” posted by amateurs under “free entry systems” by matching the free content up with ads, often by using tracking software on users’ computers. (I use Webroot spysweeper to clean off the most intrusive of that software.) He says that “legitimate” authors and journalists and artists find it harder to make a living because of the free competition. The link is here.

Actually, he’s lifting his arguments from a controversial new book “You Are Not a Gadget: A Manifesto” (Knopf) by Jaron Lanier (which he mentions). Yup, I plan to order the book and review it myself soon.

But, truth to tell, legitimate journalists and artists have always had it tough. People were saying this at the end of the 1980s, during the Michael Douglas “Wall Street” era, before the Internet was even unleashed. I think the Internet has changed what the opportunities are, however.

Hedges also says that the Internet has become a forum for venting hatred among opposing camps (sometimes it is, given jihadist and extremist websites). Other reviewers of Lanier have noted the novelty of the “online reputation” problem, because employers (and “consumers”) don’t know how to judge the “information” about people that they can find so easily now from search engines (and they don’t know how easy it is to nab the wrong people).

Socially, Hedges (and apparently Lanier) may have a point. A lot of people (the adults and the kids both) don't appreciate "people as people" the way they once did. The media had been pushing fantasy images on television long before the Internet came along. (I remember in the 1950s middle school teachers said, "Read, don't watch television!) And it seems that the desire of some employers to monopolize their associates' online presence could force a new wave of social conformity. The inventors of social networking sites never envisioned this, nor the use of search engines as a "background investigation" tool. n