Has "meritocracy" come to its endpoint? 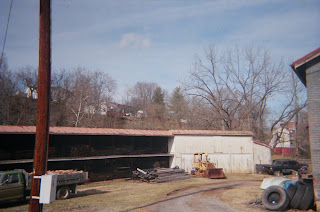 I noticed the column “The Power Elite” in the New York Times yesterday by David Brooks, link here.

Brooks talks about meritocracy, the “John Stossel” type, which in the past few decades has become increasingly individualized. In the more distant past, we had a “good old boy” network, to be sure; but there was a kind of social stability that resulted and an ability to think long term. Furthermore, as Brooks points out, there was some social complementarity. One particular quote caught my eye: “.” But if you ran the largest bank in Murfreesboro, Tenn., you probably lived in Murfreesboro. Now you live in Charlotte or New York City. You might have married a secretary. Now you marry another banker. You would have had similar lifestyle habits as other people in town. Now the lifestyle patterns of the college-educated are very different from the patterns in other classes.” Remember how Charles A. Reich had criticized the concept of meritocracy in his 1970 book "The Greening of America." I guess we're really deep into "Consciousness II".

In my own mind, this connects up to the discussions about “sustainability” and “generativity” cropping up on both the right and left, partly because of the non-individual nature of today’s biggest problems. We could indeed be headed back toward a world where “generativity” is a moral requirement of everyone, as compelling as “personal responsibility” in a libertarian sense has been for the past twenty years or so. That puts someone who cannot “interest” someone else in a mate capable or taking care of a whole family into a second-class citizen. (I have to pick words moderately here—remember the "Old Maid" scene from "Gone with the Wind" --but ponder how this drives a lot of generally socially acceptable fantasy among people who have no responsibility for others—the old “existential trap”, again.) Of course, however, Brooks would point out that there is something inherently flawed about a style of thinking so obsessed with assessing individual karma and “measuring people”, like kids in school getting grades from teachers. During my own “coming of age” draft deferments were based on how young men “competed” . The psychological and familial socialism of traditional Christianity does have a moral point.
Posted by Bill Boushka at 7:08 AM