Football, our favorite sport, is sending retired players into dementia: a moral problem; make it safer! (Almost a favorite sport!) 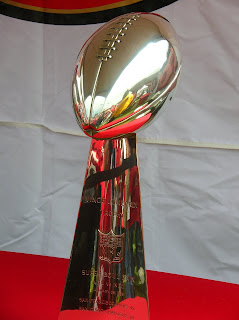 The Feb. 8 Time Magazine issue has a scathing cover about football “The Most Dangerous Game”, with a reference to a famous short story (by Richard Connell) popular with English teachers (along with the 1931 movie), about an island terrorist and using “brains over brawn” to escape. The story was the subject matter of the lesson plan when I had my “incident” regarding my own website, discussed here July 27, 2007.

But the long article "The Problem with Football: How to Make It Safer"), by Sean Gregory, link here discusses the graduation deterioration of retired pro football players due to repeated minor concussions. There is medical discussion of chronic traumatic encephalopathy, or CTE. The article goes into football culture and makes some constructive suggestions for rule changes and some high-tech suggestions for equipment design. (I don’t think they would go for my idea of a “1 point” play: give a punting team one point for a toucnback in the end zone; you could have a football game end 1-0). There are a couple of bare-chested pictures of veteran football players that are not all that flattering. As it stands, our favorite glamour sport is producing middle aged men who are much more likely to slide into dementia and need care in old age.

The Time issue also discusses the culture of high school football, especially in Texas, where some spinal chord injuries and lifetime paralysis of unfortunate teen young men does not change the macho culture.

We have already had the national discussion about boxing head injuries and gradual cognitive deterioration -- again, an outgrowth of machismo. (Yet -- remember the "Rocky" movies, and even "Cinderella Man". Boxing supported families!) Can boxing be made safer, when the object is a knockout?

I recall that when I was in third grade and I was a Cub Scout, they made us play football one Saturday. I hated it. What sense did it make for boys to expose themselves to contact and getting hurt, I wondered. See my attitude? I’ve covered it before. Maybe it was touch football. In junior and senior high school, the first sport in the fall in gym class was always touch football.

Baseball makes a lot more sense. There is the physics of the batted ball, hooking or slicing, hitting the outfield wall and bouncing back. There is the geometry lesson of the design of a stadium. That’s always appealed to me.

The Super Bowl just finished. It punctuated the two East Coast blizzards. Spring training for baseball is about to start.