"First Sale" doctrine in copyright law will be litigated 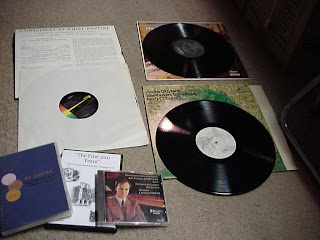 Here’s an important but brief piece on the “first sale” doctrine (or "exhaustion") as applied to copyright law, in the digital age, by Fred von Lohmann at Electronic Frontier Foundation. Namely, “you bought it, you own it,” with link here.

One of the landmark cases will be Verner v. Autodesk. The case arose when Timothy Verner tried to sell four copies of AutoCAD software on Ebay, whereupon Autodesk sued, saying that the software is licensed, never sold.

There are other cases, such as one involving permitting “jailbreaking.”

We get back to the whole idea of copy protection, and the raging and unending debate about the DMCA. When I collected phonograph records, I sometimes made cassette copies for my own use, to prevent wear. That would seem to be permissible then, but it’s pretty much impossible today with DVD’s. A company could conceivably argue that even if the original wears out (like if a CD deteriorates over a few decades, as we are finding out now that they can) you have to pay for a replacement, just like you would your car.
Posted by Bill Boushka at 7:19 PM