Are the days of a "multiple life" on the Web over? Social media changed everything! 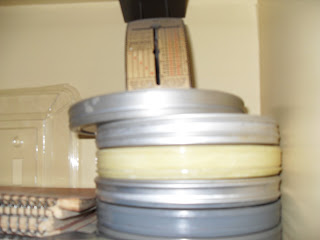 Can you lead a double life on the Web?

Well, of course, many people live in multiplicity, with different profiles on Facebook or Myspace, and in Second Life and other VR experiences.

But in my case, the notion took on a narrower meaning. Back in the early 1990s, because of personal history that I have documented elsewhere, I became interested in research and writing about the issues surrounding Bill Clinton’s proposal to lift the ban on gays in the military, which would lead to the notorious “don’t ask don’t tell” policy being codified into law in 1993. I was working for a life insurance company that specialized, in part, in selling to military officers. I felt that I had a potential conflict of interest and ethical dilemma.

The potential problem would be partially resolved by a corporate merger and my transferring to another division of the new company and moving from northern Virginia to Minneapolis in 1997, leading to some of the best years of my life. I wrote and self-published the book in 1997, eventually buttressed it with a print-on-demand arrangement in 2000, but in the mean time put the book text, with a lot of running footnotes and extra supplementary material, on the Web (the site was hppub.com then; it is now doaskdotell.com, along with all the blogs). I found that the political issue was the kernel of something much bigger, that “DADT” a paradigm for our social and professional behavior in many areas of life. I became concerned with “connecting the dots”, and the material expanded so much that after 9/11 I actually attracted a few tips that were shared with law enforcement.

One of the points that came up with the company is that I did not have direct reports and that I did not make any decisions about customers or stakeholders. Therefore, I could say in public pretty much what I wanted without causing a conflict, as long as I didn’t betray any actual confidences. I was an “individual contributor” in the workplace. I began to perceive my worklife as a double one: my salaried job as part of it, and my web stuff as separate and as “mine”.

That view made sense in the late 1990s, perhaps, as people developed their own flat sites and discovered that search engines would give them “fame”. But with the development of social networking sites in 2004 and later, the perception started to change. Employers realized they could use what people wrote online (or what others wrote about them) as “background check” information (however unreliably). Employers could fear that clients could easily check up on their professional consultants. (Hence the new industry of online reputation defense and repair.) Furthermore, social media facilitated the process of selling, so many jobs required that people use their online presence for the benefit of their employers, not to propagate their own views on things.

In the past two or three years, job counselors have been talking more about setting up an integrated web presence to facilitate one’s career, with Twitter, Facebook, Linked In, and blogs, but about professional topics only, please. The days of the double life are over. I guess, however, that I can claim that my professional identity is “connecting the dots”. Too bad, my early life would have kept me out of the CIA.
Posted by Bill Boushka at 6:27 AM