"Right of publicity" can generate a real tort; companies and bloggers alike should take note (incident with billboard of President in Times Square) 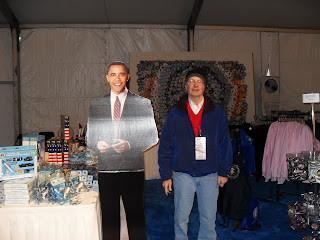 The White House reportedly objects to the placement of a billboard above Red Lobster in Times Square showing President Obama in a Weatherproof jacket (link) in China. (I guess, following the spirit of my trademark blog, "Weatherproof" is a strong brand name even if it is a common word.) The White House says it has always prohibited misappropriation of a president’s image for advertising purposes. In fact, use of a celebrity’s image without permission to imply endorsement of a product is considered the tort of right of publicity. Many states, including New York, have laws specifically authorizing lawsuits by the subjects of such ads. Most likely, the company will take the billboard down after a period of free publicity. The New York Magazine story is here.

Would such a doctrine bother bloggers (with “commercial activity”). It’s probably pretty trivial; if you show an image of a celebrity and its informative and relative to the story, I would think it shouldn’t be a problem. But maybe an interesting question.
Posted by Bill Boushka at 4:46 PM